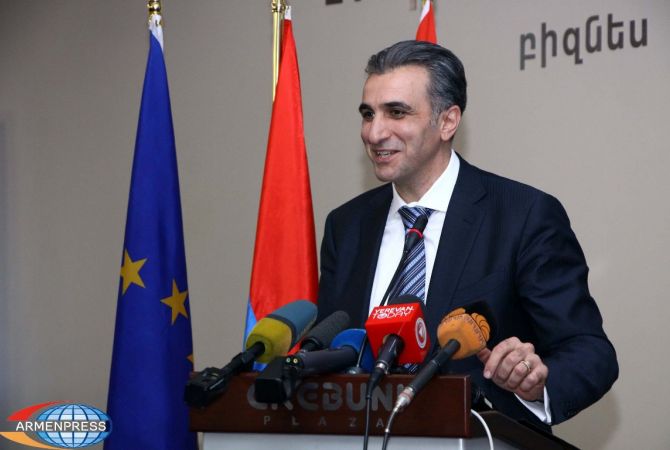 Minister of Agriculture Ignati Arakelyan said Armenia has a great potential for the development of organic agriculture.

“This trend is quite profitable for agriculture, thus, I attach great importance to consumer awareness process”, the Minister said.

ADA Managing Director Martin Ledolter with an example of his country suggested to create subsidies in Armenia for maintaining the rules of organic agriculture.

The OASI project aims at contributing the development of small and medium farmer groups and enterprises through grant projects and technical support.

During the event a new support program for small farmers and farmer groups was also announced.

“Small farmers are the major backbone of organic agriculture. Thus, I attach a great importance to our support”, John Barker – International Aid/ Cooperation Officer of the EU Delegation to Armenia, said.