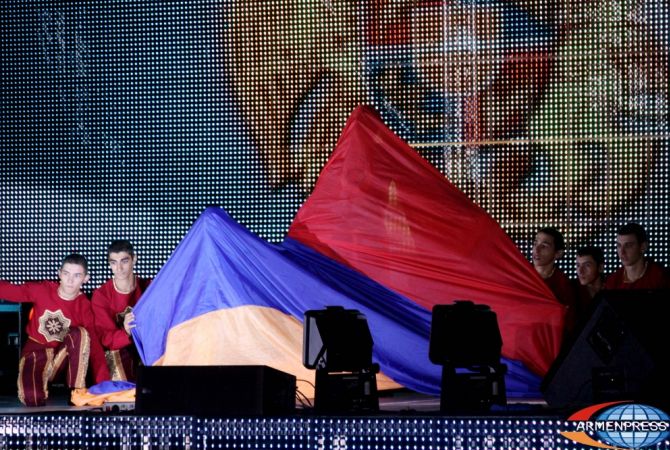 
YEREVAN, AUGUST 16, ARMENPRESS. The “Armenian Culture Days” will be held in Germany August 19-November 6, with the assistance of the Armenian Embassy. The opening ceremony will take place on August 19 in Berlin’s Museum of European Cultures. Opening remarks will be made by Director of Berlin’s state museums Michael Eisenhauer, Ambassador of Armenia to Germany Ashot Smbatyan and Director of Museum of European Cultures Elizabeth Titmeier.

The Ministry of Culture told ARMENPRESS the opening ceremony will be followed by a performance of “Michael Voskanyan and friends” ethno-jazz band.

During the Culture Days, Erol Gurian’s “Terra ARMENIA” exhibition will be held.

An evening dedicated to S. Parajanov’s life and career is also scheduled to be held. During the event, Parajanov house-museum director Z. Sargsyan will deliver a speech and a screening of the “Color of Pomegranate” will be held.

One of the main events of the Culture Days is the concert of “Little Singers of Armenia” choir, which will be held in Berlin’s Philharmonic Hall.

Scientists, representatives of the Armenian community, cultural figures and others will take part in the events.

Renowned German Culture experts and artists will deliver lectures and discussions on Armenia, the history of Armenian Church, literature etc.

Within the framework of cooperation, Culture days are held in Armenia and Germany, representing the respective country.