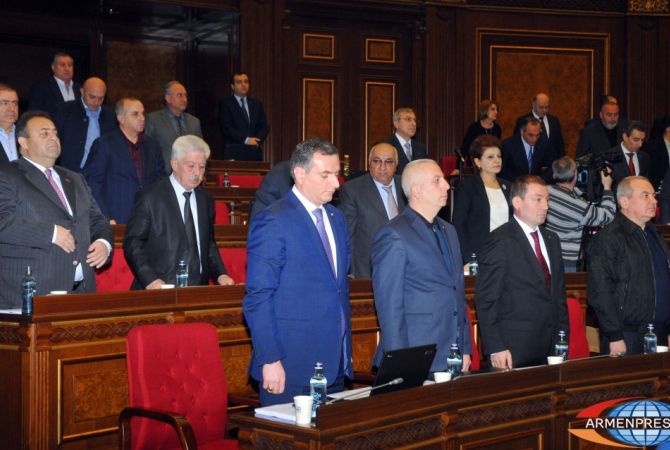 
YEREVAN, JUNE 13, ARMENPRESS. Deputy Parliament Speaker Eduard Sharmazanov suggested the Parliament to pay tribute to the memory of singer, People’s Artist of the USSR Ofelya Hambardzumyan with a moment of silence.

“I just was informed that one of the prominent singers of the 20th century, one of our national prides, People’s Artist Ofelya Hambardzumyan has passed away. On behalf of all of us, I would to like express our condolences to Hambardzumyan’s family members, the Armenian people since she proved in the 20th century that the Armenian culture is unique and powerful. I think it is our duty to pay tribute to the memory of Ofelya Hambardzumyan with a moment of silence”, “Armenpress” reports, Deputy Parliament Speaker stated.

Prominent singer, People’s Artist of the USSR Ofelya Hambardzumyan has passed away at the age of 91.

Hambardzumyan was born in Yerevan on January 9, 1925. From a young age, she was recognized for her beautiful voice. She underwent vocal training at Romanos Melikyan Musical College. In 1944, she became a solo-singer for the Ensemble of Folk Instruments of the Radio of Armenia, where she dedicated her efforts to the ensemble headed by Aram Merangulyan.

Hambardzumyan toured extensively throughout the world, performing in various countries such as Lebanon, Syria, France, USA, Egypt and CIS countries.