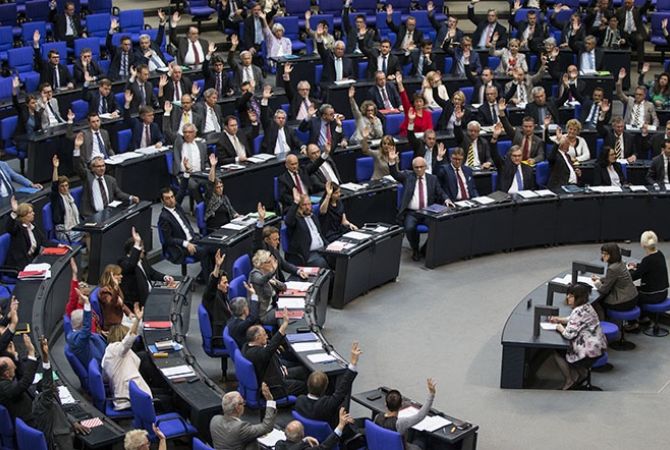 However, the German Constitutional Court may not accept the lawyer’s appeal since the document of the Armenian Genocide resolution is a parliamentary decision, rather than a law.

The Constitutional Court only accepts appeals related to laws.

Till now the parliamentary decisions were not taken to the Constitutional Court.

Lawyer Melih Akkurt said he is aware of this issue and stated in case of rejecting his appeal, he will apply to the European Court of Human Rights.

On June 2 the German Bundestag adopted the Armenian Genocide recognition resolution, which is entitled "Remembrance and commemoration of the genocide of Armenians and other Christian minorities in 1915 and 1916".

Only one MP voted against the adoption, and one abstained.

Speakers were unanimously stressing the need of facing the past, also for contributing the reconciliation between Armenia and Turkey.

The Bundestag voiced the crime of the Ottoman Turkey, and stressed this step is neither an accusation nor a claim, but a tribute to the memory of the victims.