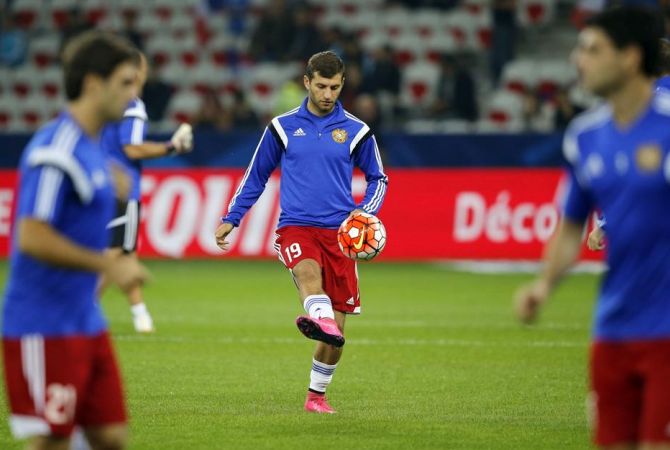 West Brom are also among the teams prepared to pay his £600,000 buy-out clause to bring him to England.

The 25-year-old said: “The next step for me is the Premier League.

“I know it is a step up but physically I have evolved a lot and I am ready for the challenge of adapting.

“Playing in Champions League qualifying matches and international games have proved to me that I can move to a bigger club.”

Macedonia side FK Vardar are preparing for their star player’s departure this summer after his stunning displays in front of scouts. He also scored for his country against El Salvador last week.

Hambardzumyan, who qualifies for a work permit under the FA’s new guidelines, has been billed as the next Branislav Ivanovic but can also play in midfield.

But Club Brugges and Anderlecht are also looking at bringing Hambardzumyan to Belgium and Russian clubs have tracked him.

He added: “Henrikh Mkhitaryan’s success at Borussia Dortmund has shown there is quality in Armenia and players with speed and technique.