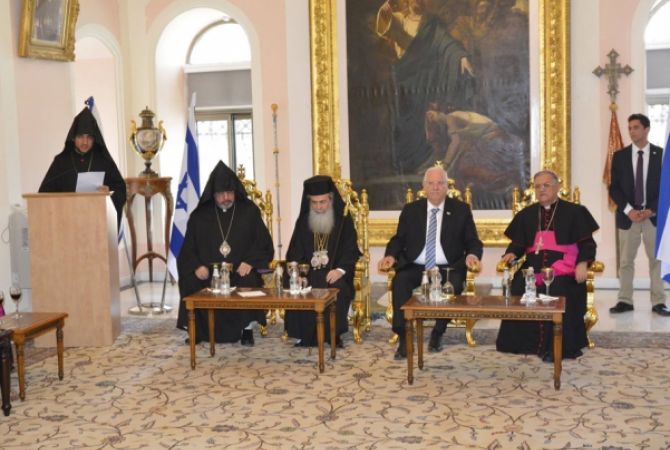 
YEREVAN, MAY 10, ARMENPRESS. President of Israel Reuven Rivlin visited Armenian Patriarchate of Jerusalem on May 9 to convey his greetings to the leaders of different Christian Churches located on the Holy Land. Prelates of the Dioceses of Armenia Apostolic, Greek-Orthodox and Latin Churches were present at the meeting with President Rivlin at the Armenian Patriarchate.

“The Nazi regime succeeded in its plans against the Jewish people as the world kept silence and did not voice about the Armenian Genocide”, “Armenpress” reports, citing Nouvelles d`Armenie, Nurhan Archbishop Manoogian said, hoping that Israel will recognize the Armenian Genocide during the presidency of Reuven Rivlin.

President of Israel Rivlin stated that Israel has a moral obligation to recognize the first genocide of the previous century, the Armenia Genocide, though he avoided using the term “genocide, adding that “it is impossible to ignore what happened”.

“We are obliged to speak out about facts, but not to deny them”, Rivlin said. The President of Israel congratulated the Christians on May 9 and the past Easter holidays, adding that human rights defense is a priority issue for Israel.

“Armenians were killed in 1915, and my relatives can recall thousands of Armenian refuges. No one denies in Israel that an entire nation was massacred. Today, together with all of you, I will pray for the souls of all the victims here, in Jerusalem, in the Armenian Patriarchate”, Rilvin concluded. 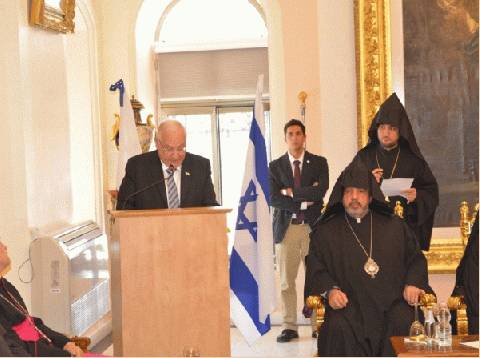 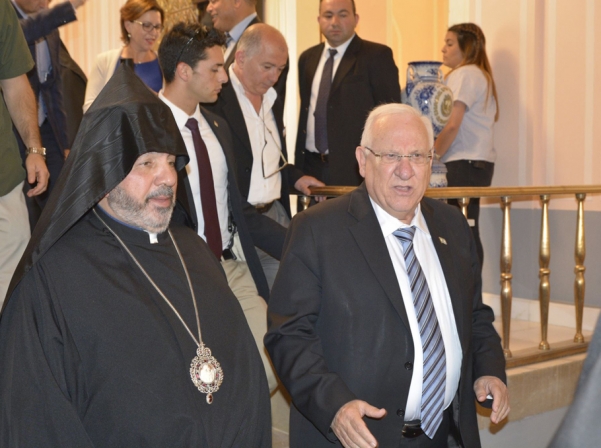