1 dies as a result of bus explosion on Halabyan Street, Yerevan 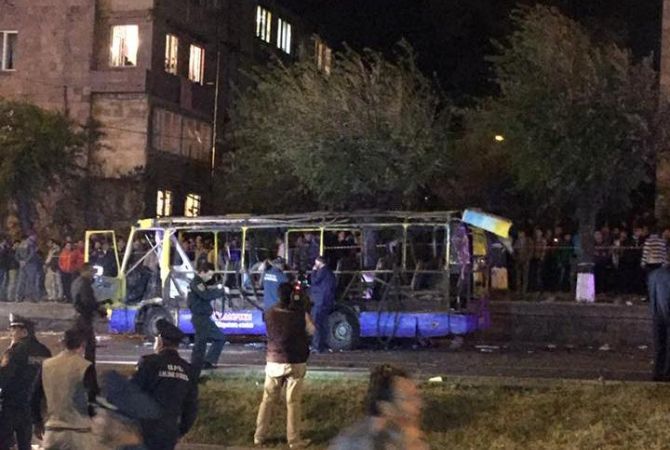 
YEREVAN, APRIL 25, ARMENPRESS. An alarm call was received at 21:51, April 25 that an explosion occurred in a bus N63 on Halabyan Street in Yerevan, nearby building N11. According to preliminary data, there are 6 injured and 1 victim.

As “Armenpress” was informed from the press service of the MES, a rescue team and two fire brigades have also arrived at the scene.