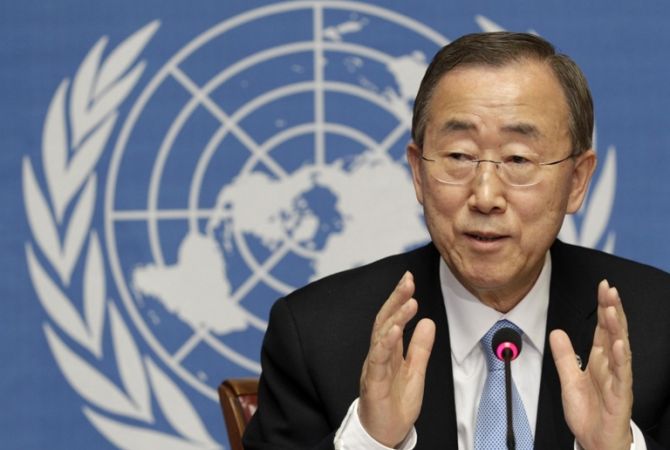 
YEREVAN, APRIL 19, ARMENPRESS. The UN Secretary-General Ban Ki-moon will arrive in Armenia on a working visit on April 25, “Armenpress” was informed about this by the Information officer of the Public Information Department of the UN Armine Halajyan. “Ban ki-moon will arrive in Armenia on April 25. He will visit the region, including Georgia and Azerbaijan. His visit will last one day in Armenia” Armine Halajyan said.

Referring to the information posted in the Facebook page of prominent French-Armenian singer Charles Aznavour which said that Ban Ki-moon will participate in the “Aurora” prize ceremony in Armenia on April 24, Armine Halajyan stated that the UN secretary-General is not physically able to participate in that ceremony.

Earlier TASS reported that the UN Secretary-General Ban Ki-moon plans to arrive in Armenia and Azerbaijan for the first time on a working visit, and also to visit Georgia for the second time.