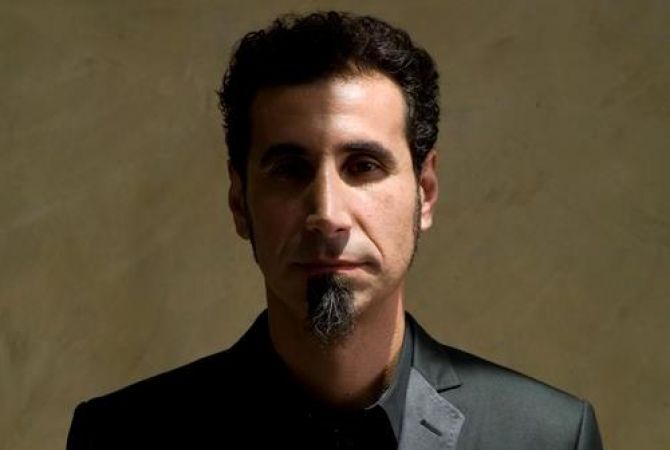 
YEREVAN, APRIL 9, ARMENPRESS. American-Armenian rock musician, soloist of “System of a Down” group Serj Tankian calls on supporting the families of victims of the Azerbaijani aggression. “Armenpress” reports the singer made a post about this on his official Facebook page. “I have decided to donate to this amazing non-profit organization called the Paros Foundation, who donate 100% of the proceeds directly to the affected families. I encourage those who want to contribute to do so to them. And to all the Azerbaijani trolls paid handsomely by Azerbaijan's Ministry of Offense who have been frequenting my page, I want you to know that I really love my ban and delete buttons. Peace”, Serj Tankian wrote.

Several soldiers and civilians, including 12-year old child, have died, and some others have been injured as a result of Azerbaijani aggression against Nagorno Karabakh. Paros Foundation has decided to support the families of killed soldiers. “For our part, The Paros Foundation has launched a Hero Support Fund to raise funds and provide them to the families of our deceased heroes. Our goal is to provide a minimum of $1,000 to every hero's family. ”, reads the website of Paros.

The Azerbaijani armed forces fired MM-21 (Grad) multiple rocket launcher on April 2, at 08: 30 in the direction of Martuni (NKR), killing 12 year old Vaghinak Grigoryan and wounding two other children. 4 other civilians were wounded later. On April 3 the subversive group of Azerbaijan brutally killed 3 elderly and vandalized their corpses in Talish village. 5 more people including the heads of two rural communities of Syunik Province were killed on their way to Martakert on April 4.

The Armenian side has 46 causalities, 19 soldiers missing, 122 wounded. Due to the timely and professional actions of the Nagorno Karabakh Defense Army, it was possible to take the situation under control making the enemy suffer considerable losses. On April 1-5 as a result of the crushing counterattacks by the Armenian side against the military aggressions towards the Nagorno Karabakh, Azerbaijan lost 2 helicopters, 24 tanks, 3 infantry fighting vehicles, 8 UAVs, 1 21-MM multiple rocket launcher system (Grad). During military operations 300 Azerbaijani soldiers and militants have been eliminated, nearly 2000 are wounded. On April 5 at 12:00, the fire was ceased in the line of contact between Karabakh and Azerbaijani opposing forces. The agreement of armistice was reached at the meeting of the Chiefs of General Staff of Armenia and Azerbaijan in Moscow on April 5. Azerbaijan has violated the agreement several times, but in a much lower intensity. In the night of April 6 Azerbaijan even kept territories of the Republic of Armenia, particularly Vardenis city, under fire.

According to the agreement reached in advance, Armenian and Azerbaijani sides conducted searching activities under the mediation of the International Committee of the Red Cross (ICRC) and the field assistants of the Personal Representative of the OSCE Chairperson-in-Office. The Armenian side found the bodies of two Defense Army soldiers, junior sergeant Robert Abajyan (1996) and Andranik Zohrabyan (1996).