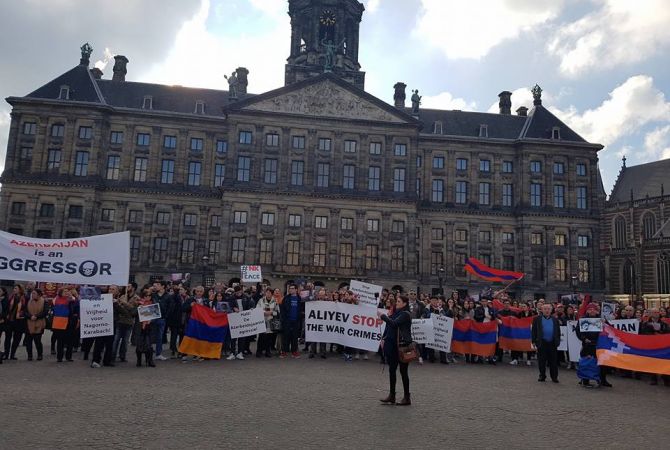 
YEREVAN, APRIL 8, ARMENPRESS. Vice President of the National Assembly of the Republic of Armenia calls on the Armenian communities of the Diaspora to make use of all their ties to raise the issue of Azerbaijani-committed war crimes against civilians in international institutions.  “Armenpress” reports Sharmazanov announced after the RPA Executive Body meeting that a parliamentary group is engaged in that issue. The works are also closely monitored by the Ministry of Justice. A professional group will be set, all material evidences will be collected and submitted to relevant bodies for imposing sanctions on Azerbaijan. “We must be able to use all the platforms to show the civilized world that Azerbaijan, that takes military actions against civilians, must be punished for violating the norms of international law and the Geneva Conventions”, the National Assembly Vice President said.

The Azerbaijani armed forces fired MM-21 (Grad) multiple rocket launcher on April 2, at 08: 30 in the direction of Martuni (NKR), killing 12 year old Vaghinak Grigoryan and wounding two other children. 4 other civilians were wounded later. On April 3 the subversive group of Azerbaijan brutally killed 3 elderly and vandalized their corpses in Talish village.

The Armenian side has 44 causalities, 21 soldiers missing, 122 wounded. 5 more people including the heads of two rural communities of Syunik Province were killed on their way to Martakert on April 4.

Due to the timely and professional actions of the Nagorno Karabakh Defense Army, it was possible to take the situation under control making the enemy suffer considerable losses. On April 1-5 as a result of the crushing counterattacks by the Armenian side against the military aggressions towards the Nagorno Karabakh, Azerbaijan lost 2 helicopters, 24 tanks, 3 infantry fighting vehicles, 8 UAVs, 1 21-MM multiple rocket launcher system (Grad). During military operations the Azerbaijani armed forces had more than 300 causalities, nearly 2000 wounded. On April 5 at 12:00, the fire was ceased in the line of contact between Karabakh and Azerbaijani opposing forces. The agreement of armistice was reached at the meeting of the Chiefs of General Staff of Armenia and Azerbaijan in Moscow on April 5. Azerbaijan has violated the agreement several times, but in a much lower intensity.