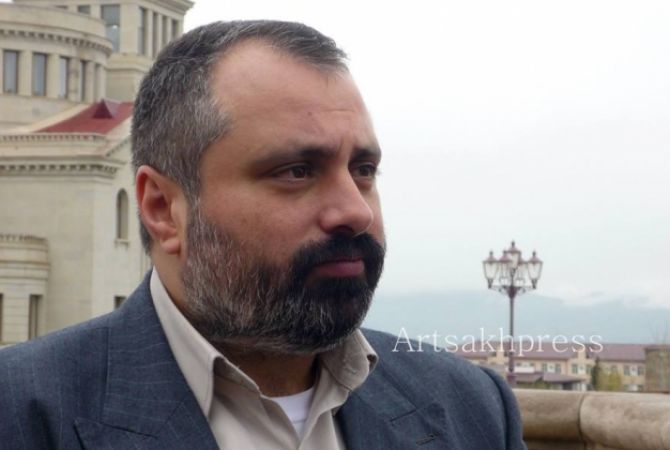 
YEREVAN, APRIL 4, ARMENPRESS. The Spokesman of the President of Nagorno Karabakh Republic David Babayan says, Stepanakert has grounds to believe that Azerbaijan has recruited mercenaries from the Turkish “Grey Wolves” organization and “Islamic State” terrorist organization.

According to David Babayan, the brutal and violent executions of the civilians in Talish are the actions of these types of people.

Babayan says, the relations between the mercenaries and the Azerbaijani population of the bordering villages, are tense.

“The population of the bordering villages of Azerbaijan are in panic and have left their homes, while these mercenaries are looting their houses, and there are even reports of murder and rape cases in that region. This is enough ground to say that there are mercenaries and terrorists from “Grey Wolves” and “Islamic State” on the frontline”, Babayan said.