Number of volunteers so great that only most-experienced are accepted 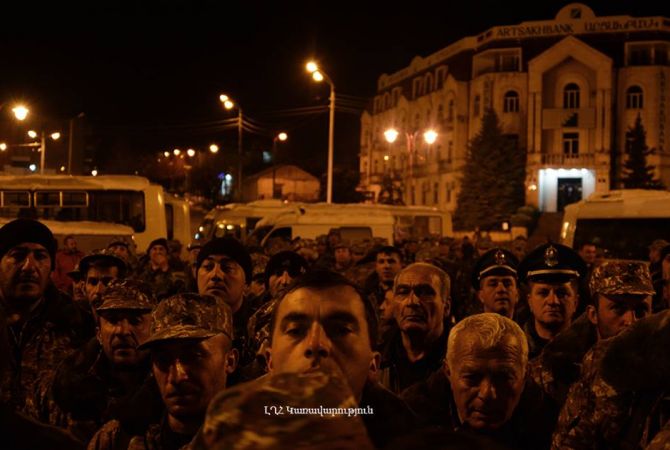 
YEREVAN, APRIL 4, ARMENPRESS. Press Secretary of the Ministry of Defense of Armenia announced that thousands of volunteers are continuing to apply, even from Diaspora.

“The volunteers are kindly requested to apply by groups. It is impossible to reply to individuals. Currently, the number of volunteers is so great that only the most-experienced are being accepted”, Hovhannisyan wrote.

Thousands of patriotic Armenians throughout Armenia, Artsakh and the Diaspora are willing to volunteer and head to the frontline in Nagorno Karabakh, after the large-scale military operations unleashed by Azerbaijan.

The UN Security Council adopted four resolutions between April and November, 1993, calling for “effective and permanent” ceasefire, as well as “immediate implementation of the reciprocal and urgent steps” in that direction.

Peace talks between Armenia, Nagorno Karabakh and Azerbaijan have been facilitated by the Organisation for Security and Cooperation in Europe since March 1992 within the frameworks of Minsk Group, co-chaired by Russia, United States and France since mid-1990s.

Ceasefire agreement between Armenia, Nagorno Karabakh and Azerbaijan, facilitated by Russia's representative to the CSCE/OSCE Minsk Group Vladimir Kazimirov, was signed on May 5, 1994, which had been maintained with only sporadic violations along the Line of Contact and international border till the latest Azerbaijani large scale offensive in the night of April 2, 2016.

Over the last two years Armenia, Nagorno Karabakh, the OSCE Minsk Group co-Chairs and over 80 U.S. Congressmen (Royce-Engel bill) proposed concrete measures to de-escalate situation and establish ceasefire monitoring equipments along the borders. Azerbaijan has been repeatedly rejecting these calls.

Azerbaijan has unleashed unprecedented offensive military actions in the contact line of Nagorno Karabakh. Due to the timely and professional actions of the Nagorno Karabakh Defense Army, it was possible to take the situation under control, and make the enemy suffer considerable losses. On April 1 and 2, the Azerbaijani forces sustained 200 casualties. Around 20 enemy tanks and 1 “Grad” missile system were destroyed.