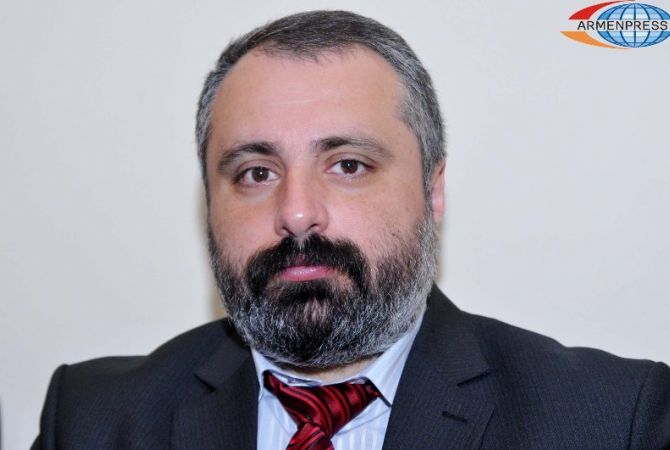 
YEREVAN, APRIL 2, ARMENPRESS.  Azerbaijani actions are a challenge directed against the international community, Artsakh President’s spokesperson David Babayan told “Armenpress”. “Azerbaijan is a terrorist, fascist, abnormal state. This is a challenge for the entire civilized world. Talks are held in Washington, the whole world has gathered there, but Azerbaijan, with the support of Turkey, takes such measures. Of course, we properly retaliated, Azerbaijan has suffered numerous causalities, they have been repelled but anyway, such behavior must adequately be responded by the international community”, David Babayan said.

In his words, the current actions of Azerbaijan are unprecedented since 1994. “Azerbaijan thanked John Kerry for mediation after the meeting. Now the same Azerbaijan launches offensive. They say one thing, but do the contrary. We are here to protect the honor of the civilized world. Finally Azerbaijan must be toughly responded by the international community for such behavior. It goes without saying that the international community must take practical steps”, David Babayan said.

The spokesperson for the Artsakh President mentioned that Azerbaijan continues to fire in Artsakh direction, an Azerbaijani helicopter has been downed, they have suffered numerous causalities, and the Armenian side keeps control of the situation. There is no panic among the Armenian side. Azerbaijani border troops are in a panic.

In the southern, south-eastern and north-eastern directions of the contact line, on April 1 and early morning of April 2, the adversary carried out attack operations, using artillery, armored vehicles, and air force. In addition to the contact line battles, the adversary hit civilian areas and permanently deployed military units by artillery fire.

The Defense Army forces, accepting the challenge of the adversary, are conducting reliable defensive battles. We will give more details about the situation in the upcoming press releases”.