Chess Candidates Tournament: Aronian made a draw with Topalov 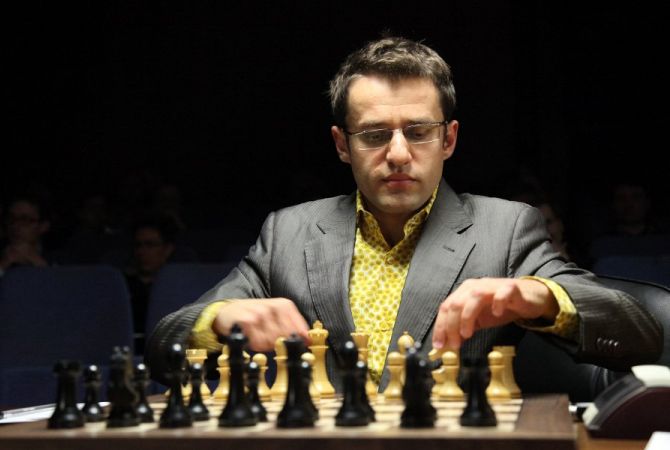 
YEREVAN, MARCH 23, ARMENPRESS. Armenian grandmaster Levon Aronian playing with white pieces made a draw with Bulgarian Veselin Topalov in the 10th round of the Chess Candidates Tournament. “Armenpress” reports that Aronian has scored 5.5 points after 10 rounds of the tournament and shares 3-4 places with Viswanathan Anand.

In the 10th round Fabiano Caruana defeated Viswanathan Anand, games of Sergey Karjakin vs Anish Giri, Peter Svidler vs Hikaru Nakamura ended in a draw.

Sergey Karjakin and Fabiano Caruana share 1-2 places of the rankings after 10 rounds.

Aronian was born on 6 October 1982 in Yerevan, Armenia (then part of the Soviet Union), to Seda Aronova-Avagyan, an Armenian mining engineer, and Grigory Leontievich Aronov, a Jewish physicist. Talking about his background, Aronian stated in an interview, "I feel much more Armenian than Jewish, although there are sides to me which are more Jewish culturally, involving the arts and music."

He was taught to play chess by his sister, Lilit, at the age of nine. His first coach was the Grandmaster Melikset Khachiyan. An early sign of his ability came when he won the 1994 World Youth Chess Championship (under-12) in Szeged with 8/9, ahead of future luminaries Étienne Bacrot, Ruslan Ponomariov, Francisco Vallejo Pons, and Alexander Grischuk.

16:31, 06.30.2022
2041 views Statements of Turkish officials that they coordinate the process with Azerbaijan are strange – Armenia’s Special Envoy