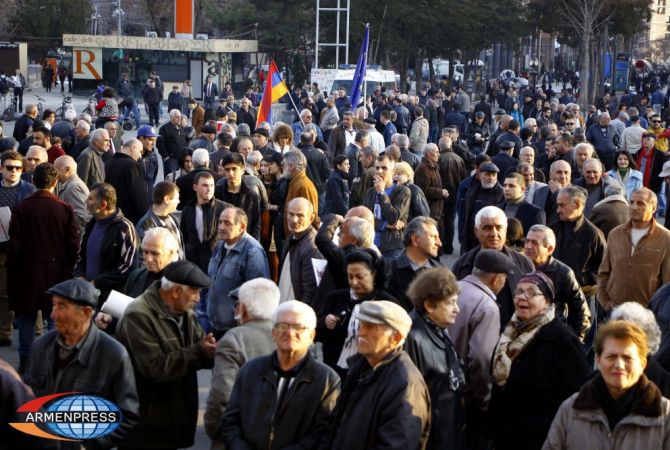 “Armenpress” reports that before the rally in the streets of Yerevan, a short demonstration took place in Freedom Square. The representative of ANC Aram Manukyan emphasized the issue of reparations to the families of victims during the manifestation and spoke of the need of holding responsible the perpetrators of the crimes. He also said that a parliamentary commission on these events should be created.

“In order to avoid the repetition of such events and to bring justice, we should gather on this day every year, we should remember and pay our respects to the memories of the victims,” Manukyan said.

The representative of “Heritage” Party Armen Martirosyan read the joint statement adopted by all the initiators of the rally. The statement read that all the signatory parties will pursue justice for this case by all legal methods.

The rally then moved to the Myasnikyan square and lay wreath near Myasnikyan monument. The police, who accompanied the rally also lay flowers to the monument.