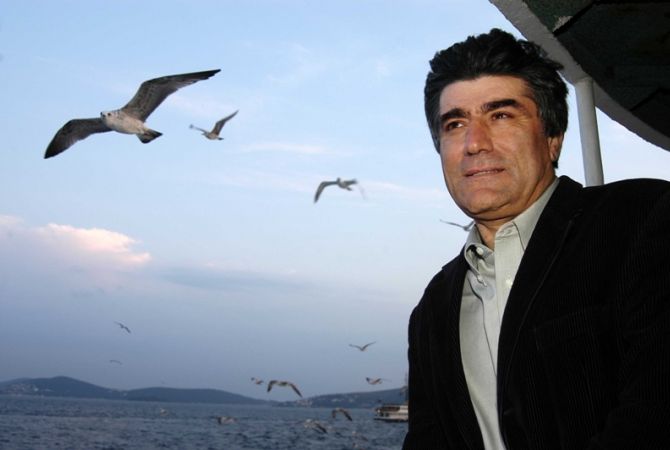 
YEREVAN, JANUARY 19, ARMENPRESS. “I am the bearer of two consciousnesses and two identities. First, I live in Turkey, I am a citizen of the Republic of Turkey…Second, I am Armenian” this is the way the one, who did not spare his life to eliminate the existing taboos of Turkey and create a more sound society in Turkey, used to talk. 9 years have passed since the Armenian great intellectual from Istanbul - Hrant Dink –has not been with us. However, his ideas and dreams continue spreading in Turkey, acquiring more followers year by year, giving hopes that a day will come when the wounds of the state which committed genocide will be healed.

Nine years ago on this day – January 19 – the murder of Agos’s editor by a minor conspirator made the crowd of thousands of people gather before the building of Agos, shouting “We are all Armenian, we are all Hrant”. However, the Turkish leadership did not solve many problems by Dink’s murder. Those, who ordered the murder of Dink who always voiced about the painful pages of Turkey’s history and the country’s problems, thought they would once and for all get rid of those problems that the Armenian intellectual created for them. But the shots fired at Dink were not able to silence justice.

Hrant Dink, son of the family that was saved from the genocide committed by the Ottoman Empire, was born on September 15, 1954. He founded the only bilingual (Armenian and Turkish) newspaper in the Armenian community – Agos. By that he aimed to introduce the issues of both the community and the minorities of Turkey. He thought that the people in Turkey were prejudiced against the Armenians as they were not well familiar with the Armenians. So he used to say that the Armenians of Istanbul led а very isolated life and that if those in Turkey knew the Armenians better, all the prejudices would vanish.

An article was published in Agos about Sabiha Gökçen – one of Atatürk’s adopted children, shedding light to the fact that the first combat pilot of Turkey  - Sabiha - was an Armenian woman, moreover one that became an orphan due to the Armenian Genocide and then was adopted by the founder of the Republic of Turkey. After the article was published, Dink was threatened not only by nationalist circles, but also state officials. Dink’s friends and relatives not once urged him to leave Turkey but Dink was not one to flee. He used to say that it was his country, as the roots of the Armenians were there – in Turkey, that his ancestors lived there and he had the right to die in the country he was born in.

Today Dink, who got the reputation of a peaceful white dove, has become a symbol of those who are still persecuted in the country for their origin, ideas and views.

Dink lived by breaking barriers and died believing that a day will come when a Turkish citizen will wake up in a country where he would not be ashamed of his own past, a country where all will be equal irrespective of their nationality, religion, gender or ideas…