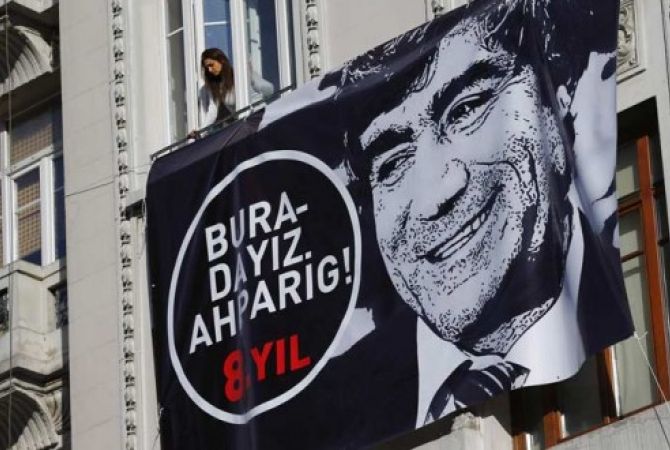 As “Armenpress” reports, citing imctv.com.tr website, in the proposal submitted to the parliament they have mentioned that it is already 9 years that the crime has not been fully revealed due to not conducting an effective investigation. They stated that the deep ties engaged in the murder have not been revealed, the role of the media establishments that had targeted him prior to the murder has not been examined. They added that the removal from office of the prosecutor that had filed the lawsuit adds the doubts.

The Armenian editor of the Istanbul-based “Agos” newspaper Hrant Dink was killed on January 19, 2007 as a result of armed attack in front of the editorial.

On October 2014 Istanbul's 5th High Criminal Court made a decision to start the trial into the murder of Hrant Dink from zero.

An earlier investigation showed that the prosecutors who worked on the case ignored serious allegations into the involvement of top police officers in the murder.