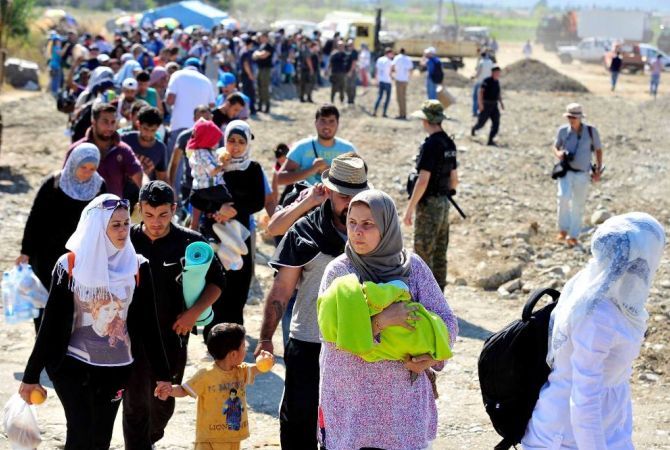 -How many persons moved to Armenia since the beginning of Syrian war and how many of them were provided a citizenship and refugee status?

- The calculation is done through the principle how many people have come in and come out. Overall, about 19 thousand people arrived in Armenia from Syria from who 16.000 people settled here. 80% of Syrian-Armenians have Armenian citizenship, about 20% - residency status of various duration and only 500-600 persons – refugee status. However, regardless of citizenship or refugee status, we equally provide the same assistance to all of them if we see such need during our planned visits.

-In general, what kinds of programs were implemented for displaced persons from Syria in 2015?

- First, almost 90 percent of people settled in Armenia are from Syria who receive assistance starting from basic first aid to the business loans. For example, when a displaced family arrives in Armenia, they get the necessary items for passing the first days: Children's diapers, cooking and hygienic supplies, food and sleeping pad. Then, the family is provided a bank account to which the flat fee reimbursement amount is transferred, of course, if it is not located in the city center.

-How aid for displaced persons from other countries differs?

-there is a very big difference between the aid provided to displaced persons from Syria and, for instance – from Iraq and Ukraine. A total of about 1,000 persons emigrated from Iraq and we helped them to stand up and with housing. Emergency assistance and integration programs are being implemented for 130 Ukrainian emigrants who have a refugee status in Armenia.

21:29, 09.24.2021
Viewed 1808 times Today, no Armenian lives or practically could live in the territories under the control of Azerbaijan – Pashinyan