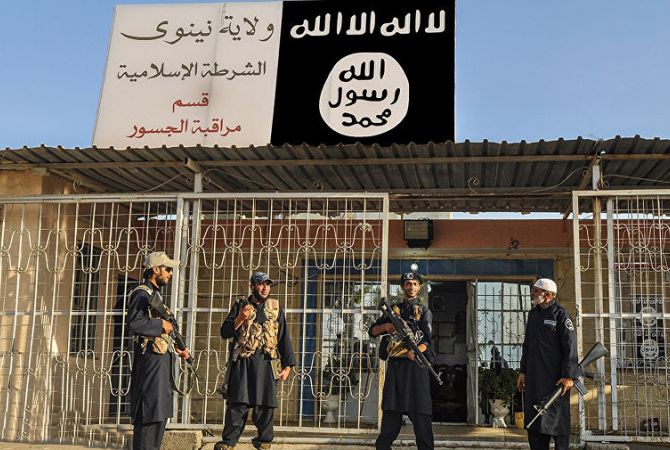 
YEREVAN, DECEMBER 22, ARMENPRESS. ISIL lost around 14 per cent of its territory in 2015, while Syria's Kurds almost tripled the land they control, thinktank IHS Jane's said on Monday, as “Armenpress” reports.

The development is a blow to the group given that its aim is to capture and hold territory to expand its so-called "caliphate", where it imposes a severe and bloody form of what it calls Islamic law.

The jihadist group's losses include the strategically important town of Tal Abyad on Syria's border with Turkey, the Iraqi city of Tikrit, and Iraq's Baiji refinery.

Other big losses for the group include a stretch of highway between its Syrian stronghold Raqqa and Mosul in northern Iraq, complicating supply lines.

"We had already seen a negative financial impact on Islamic State due to the loss of control of the Tal Abyad border crossing prior to the recent intensification of air strikes against the group's oil production capacity," said Columb Strack, IHS senior Middle East analyst.

The US-based thinktank said the group's territory had shrunk nearly 5,000 square miles to 30,000 square miles between the start of the year and December 14. However, Islamic State of Iraq and the Levant (Isil) has made some high-profile gains during the year, including the historic Syrian town of Palmyraand the city centre of Ramadi, the provincial capital of Anbar, Iraq's largest province.

IHS said those victories came at the expense of the group's northern territories, which have been fiercely contested by Kurdish fighters.