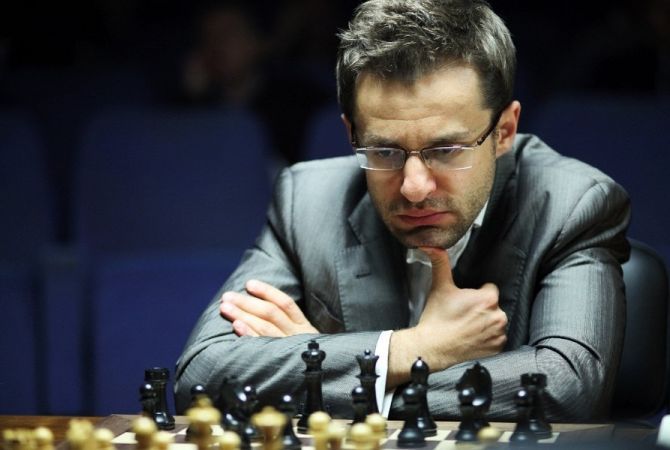 Aronian played vs Bulgarian Veselin  Topalov in the 7th round of the tournament. Three-time Olympic Champion Levon Aronian played with white pieces and made the opponent surrender at the 27th move of the match.

Aronian will play with Alexander Grischuk in the next round. Aronian has 4 points and currently occupies the 2nd position in the tournament.

Aronian was born on 6 October 1982 in Yerevan, Armenia (then part of the Soviet Union), to SedaAronova-Avagyan, an Armenian mining engineer, and GrigoryLeontievichAronov, a Jewish physicist. Talking about his background, Aronian stated in an interview, "I feel much more Armenian than Jewish, although there are sides to me which are more Jewish culturally, involving the arts and music."

He was taught to play chess by his sister, Lilit, at the age of nine. His first coach was the Grandmaster MeliksetKhachiyan. An early sign of his ability came when he won the 1994 World Youth Chess Championship (under-12) in Szeged with 8/9, ahead of future luminaries Étienne Bacrot, RuslanPonomariov, Francisco Vallejo Pons, and Alexander Grischuk.

19:52, 06.24.2022
2475 views The Chinese Ambassador to Armenia attaches importance to cooperation with Shirak Province in various fields