Criminal case was initiated over video showing the process of delivering money during referendum: Kostanyan 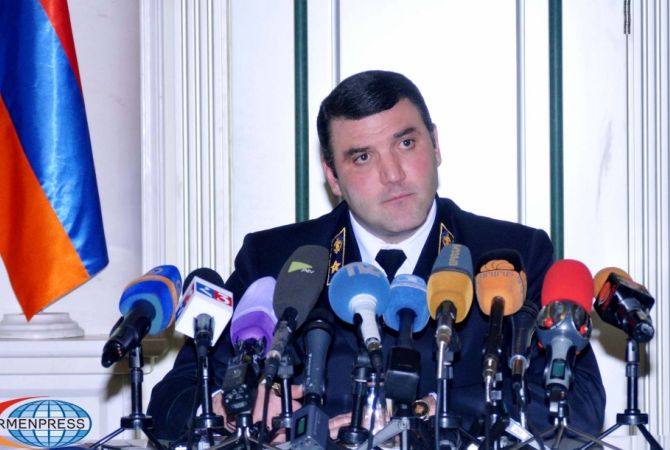 
YEREVAN, DECEMBER 11, ARMENPRESS.   There is one accused and a suspect based on the 14 initiated criminal cases related to the Armenian referendum on constitutional reforms. Armenian Prosecutor general Gevorg Kostanyan informed about the aforementioned during the meeting with journalists. One of the criminal cases was initiated before the referendum voting and the rest of the cases were formed on the basis of the recorded violations during the voting day. As “Armenpress” reports, the arrested person is the one about who ANC parliamentary faction leader Levon Zurabyan had informed: Committee member, employee of City Hall of Administrative district Kentron Zaven Mirijanyan, who tried to keep another committee member  aside from his duties by offering a bribe.

Gevorg Kostanyan informed that one of the criminal cases was initiated based on the video showing a delivery of the amount of 10.000 AMD in the routed taxi.

The next criminal case was initiated on the occasion of the published video showing hindering the activity of Anush Mkrtchyan of Radio Liberty.