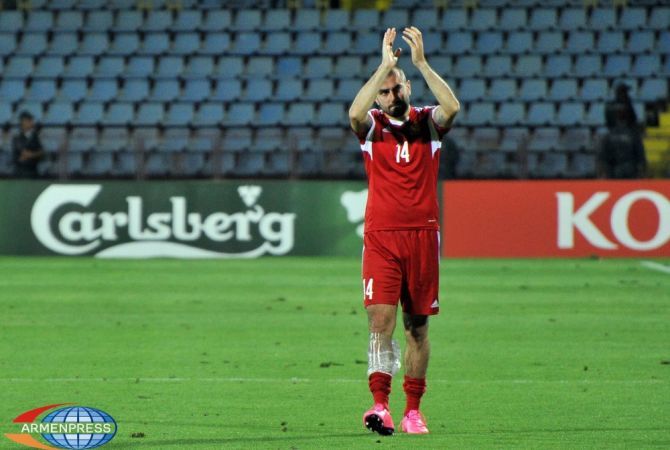 
YEREVAN, DECEMBER 10, ARMENPRESS. “Galatasaray” FC was interested in Yura Movsisyan, footballer of the Armenian national team and Moscow “Spartak” FC, but the forward refused to move to the Turkish club. “Armenpress” reports the information, referring to fotospor.

According to the source, the Moscow club agreed to the transfer of the Armenian footballer, but Movsisyan personally turned down the offer, taking into account Armenia’s and Turkey’s relations.

Yura Movsisyan played 11 matches, scored 3 goals, made two assists in Spartak FC during the current season of the Premier League.

News has been spread in media that allegedly another Armenian footballer of “Spartak” Aras Özbiliz might move to Turkish Beşiktaş FC.