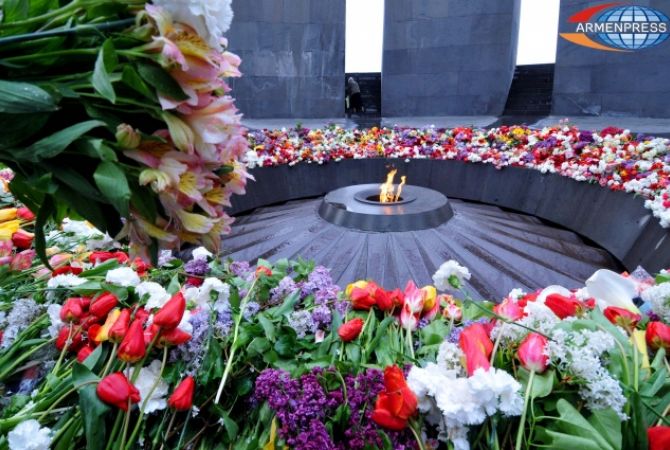 
YEREVAN, DECEMBER 8, ARMENPRESS. Peoples' Democratic Congress of Turkey (HDK) issued a statement addressed to the Turkish state on December 9 on the occasion of the International Day of Commemoration and Dignity of the Victims of the Crime of Genocide and of the Prevention of this Crime. “Armenpress” reports Turkish Demokrathaber.net informs about this.

The statement signed by HDK Co-spokespersons Sebahat Tuncel and Ertuğrul Kürkçü calls on Turkey to face its own history and apologize for committing the Genocide.

“The genocide of Armenians and Assyrians committed in 1915 during the World War I under the command of the then leadership “İttihat ve Terakki” (Committee of Union and Progress) was a planned, organized and universal crime aimed at eliminating the ethnic and religious identities of Ottoman Armenians”, reads the statement of HDK. It tells that during the genocide launched by the arrest of Istanbul-Armenian intellectuals on April 24, 1915 the Armenian nation, one of the oldest inhabitants of those territories, was deprived of their motherland. “After 100 years Turkey continues to deny the genocide”, reads the statement.

The authors documented that genocides were repeated after the 20th century. Today we witness how ISIL tries to eliminate Yazidis, but both the UN and Turkey keep silence.

“Peoples' Democratic Congress bows in front of the memory of all the victims of genocides and reminds that Turkey is among the states that have signed the international convention on the prevention of genocides.

We call on Turkey to end denying the Armenian and Assyrian genocides, apologize for those universal crimes committed against the Ottoman nations whose political successor is modern Turkey”, reads the statement.