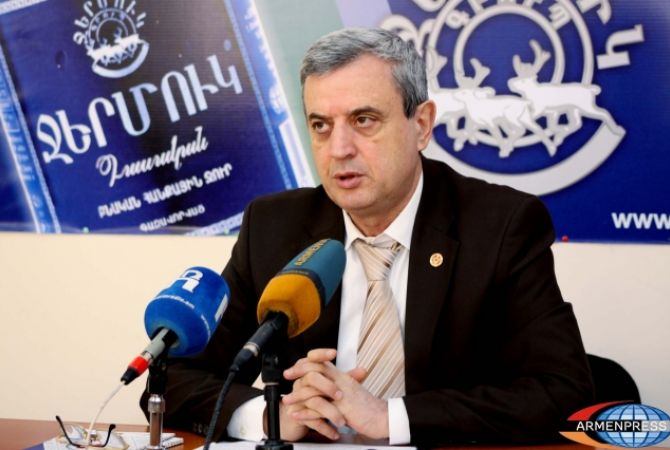 
YEREVAN, NOVEMBER 21, ARMENPRESS. Armenia must do everything possible and impossible so that the anti-Armenian report adopted by PACE's (the Parliamentary Assembly of the Council of Europe) Political Affairs Committee is not adopted at the plenary session turning into a resolution. MP of the "Republican Party of Armenia" /RPA/ Gagik Minasyan said the aforementioned on November 21 related to the anti-Armenian report adopted by PACE’s Political Affairs Committee “Escalation of Violence in Nagorno-Karabakh and Other Occupied Territories of Azerbaijan”.

“We should spare no efforts in all the directions including international parliamentary platforms to prevent adoption of such anti-Armenian reports and resolutions. PACE Committee on Political Affairs has already adopted the reports, but it is not final yet, and we must do all possible and impossible so that it does not become a decision,” “Armenpress” reports, Minasyan said. The MP notes that the adoption of such reports cannot have any influence on the final result of the Nagorno Karabakh conflict settlement but it can create obstacles in the process of reaching those final results.

“The fact that the document is not constructive and does not in any way contribute to the settlement of the conflict, is not only our opinion but also the opinion of the highest ranking officials of the countries of the Minsk Group Co-Chairs,” he said. “We must show that it is impossible to acquire truth by means of bribe, we must show that lies have short legs and those indecent deals will be a stigma not only for the briber but also the bribe taker. This must be our main tool so that we can limit the origination of decisions which do not in any way contribute to the issue settlement,’” MP concluded.

PACE Political Affairs Committee included with 24 in favor, 16 against British MP Robert Walter’s anti-Armenian report “Escalation of Violence in Nagorno-Karabakh and Other Occupied Territories of Azerbaijan” in the agenda of its plenary session. Walter used such anti-Armenian and imprecise terms as “the withdrawal of Armenian armed forces and other irregular armed forces from Nagorno-Karabakh and the other occupied territories of Azerbaijan, and the establishment of full sovereignty of Azerbaijan in these territories".