Sharmazanov’s response to Aliyev: One who decorates a terrorist with hero title has no right to speak about fight against terrorism | ARMENPRESS Armenian News Agency

Sharmazanov’s response to Aliyev: One who decorates a terrorist with hero title has no right to speak about fight against terrorism 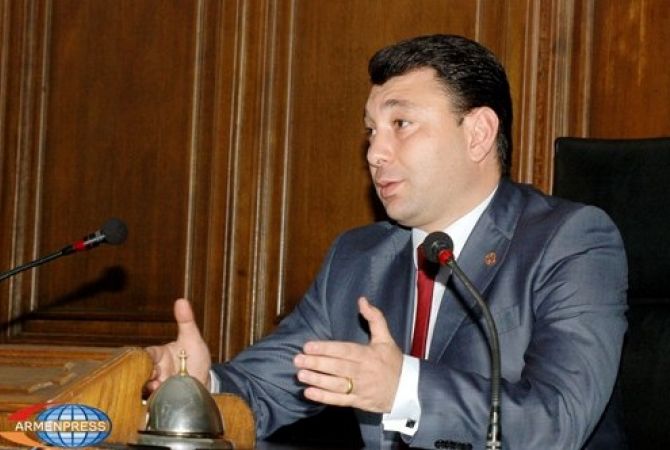 
YEREVAN, NOVEMBER 18, ARMENPRESS. Vice President of the National Assembly of Armenia Eduard Sharmazanov considers Ilham Aliyev’s statement that Azerbaijan also suffers terrorism as a result of Armenia’s “occupation policy” as ridiculous. Spokesperson for the Republican Party of Armenia (RPA), Vice President of Republic of Armenia National Assembly Eduard Sharmazanov told the journalists after RPA executive board session that a state that decorates a terrorist, Ramil Safarov, with a hero title has no right to speak about fight against terrorism.

“I   think that a state which relied on international terrorists such as Shamil Basayev or Khattab during Karabakh war has the right to speak about fight against terrorism”, sharmazanov said, adding that Al-Qaeda telephone calls were also intercepted in Azerbaijan by respective services after September 11 terror attack on New York.

He also stated that once Adolf Hitler, speaking about his movement, has said that his movement is in fact a Christian movement.