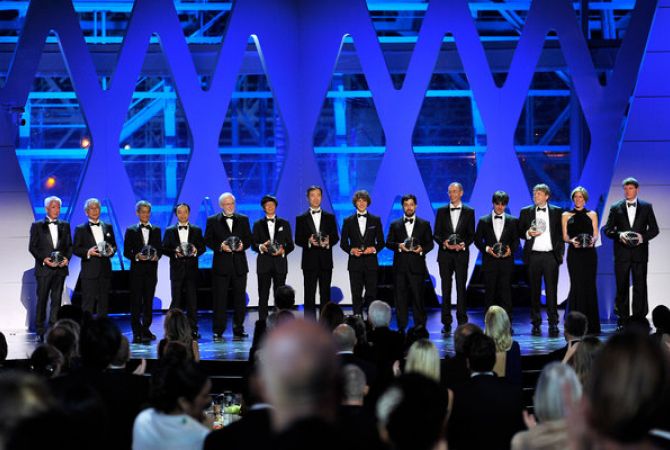 
YEREVAN, NOVEMBER 9, ARMENPRESS. The Breakthrough Prize organization gave a total of $22 million in award money on Sunday to scientists, mathematicians, and researchers who have made “fundamental discoveries about the universe, life, and the mind,” the organization said in a statement. “Armenpress” reports about this, citing time.com website.

“This year’s laureates have all opened up ways of understanding ourselves,” said biologist Anne Wojcicki, who sits on the organization’s board and who established the awards in 2012 with, among others, her ex-husband, Google co-founder Sergey Brin.

“In the life sciences, they have pushed forward new ideas about Alzheimer’s, cholesterol, neurological imaging and the origins of our species. And for that we celebrate them.”

One mathematician, five life scientists, and seven leaders of five physics experiments (along with 1,370 individuals who aided those experiments) received accolades at an awards ceremony at NASA’s Ames Research Center in Mountain View, Ca., hosted by comedian Seth MacFarlane.

Among the recipients were Svante Pääbo, a Swedish biologist who has spearheaded the sequencing of ancient DNA and genomes, and 18-year-old Ryan Chester, who won the inaugural Breakthrough Junior Challenge with his video explaining Einstein’s theory of special relativity.