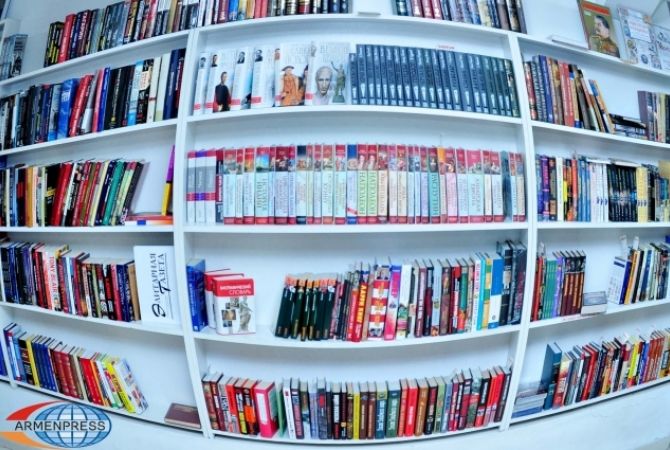 
YEREVAN, NOVEMBER 2, ARMENPRESS. "Armenpress" News Agency continues to introduce the "New Book" project. Every Monday you can get information about the books published at the initiative of the Armenian publishing houses, read the description of the books, learn about the tendencies in the classic and contemporary literature. This week "Armenpress" has singled out two remarkable books, under two headings:

The book of “My library” series by “Edit Print” includes poems by Smbat Shahaziz and his masterpiece ”Levoni vishte” (Levon's grief). The poem is about Levon, a serious minded, idealistic Armenian young man studying in far north. He is deeply concerned and grieved by the dire conditions of his homeland, while his compatriots carry on in prodigal life, some even deny their Armenia identities. Lonely and grieved he decides to return home and contribute to the struggle against ignorance, servility, moral and religious decline, and corrupt leadership in all domains. The poem which reflected the reformist ideology emerging in Russian Empire at the time, was very well received. Editor – Ashot Gabrielyan

“Jesus Cat” is the first book of the young prose writer. The novels involved in this work bring forward a unique writing style on the one hand and an original vision on the world and people on the other. This combination forms characters in Grig’s creative space, which help to discover another invisible side of life. The book was published by “Antares”. Editor – Gurgen Khanjyan