Doing Business 2016: Armenia is one of best places to start new business 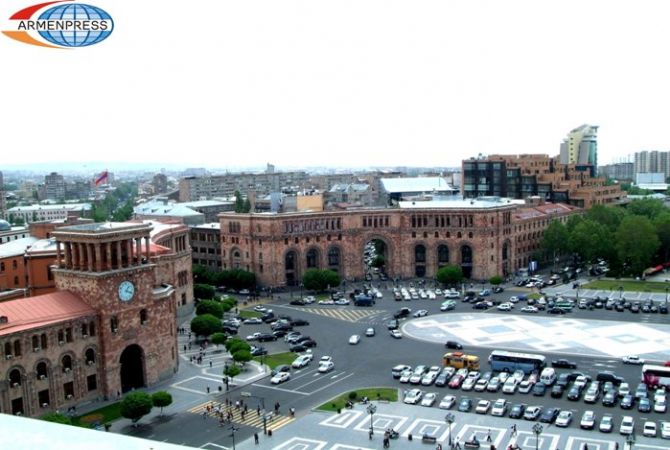 
YEREVAN, OCTOBER 28, ARMENPRESS. Armenia is one of the most favorable countries to start a new business. The World Bank’s annual report “Doing Business 2016: Measuring Regulatory Quality and Efficiency” states about this. In a press release, the World Bank’s Yerevan office says the country has crossed the threshold of the highest record by two points. Reforms in the development sector and the country’s membership in the Eurasian Economic Union have are cited as essential factors contributing to the positive developments.

“Armenia has made dealing with construction permits easier by exempting lower risk projects from requirements for approval of the architectural drawings by an independent expert and for technical supervision of the construction. Besides, by joining the Eurasian Economic Union the country has reduced the time and cost for documentary and border compliance for trade with the Russian Federation. Finally, enforcing contracts is now easier through a new law requiring that cases be assigned to judges randomly, and through a fully automated system, in courts throughout the country.

“The reforms implemented in Europe and Central Asia accounted for 25 percent of the 231 reforms implemented worldwide during the past year. The region also boasted three of the world’s top 10 improvers, i.e. countries that implemented at least three reforms and moved up on the global rankings scale, with Cyprus, Kazakhstan, and Uzbekistan,” reads the statement.

This year’s Doing Business report completes a two-year effort to expand benchmarks that measure the quality of regulation, as well as efficiency of the business regulatory framework, in order to better reflect the reality of business operations on the ground. On the five indicators that saw changes in this report – Dealing with Construction Permits, Getting Electricity, Enforcing Contracts, Registering Property and Trading Across Borders – Europe and Central Asia has performed well and this has positively impacted the global rankings of many of the region’s economies.

The report has found that 85 developing economies implemented 169 business reforms during the past year, compared with 154 reforms the previous year. High-income economies carried out an additional 62 reforms, bringing the total for the past year to 231 reforms in 122 economies around the world.