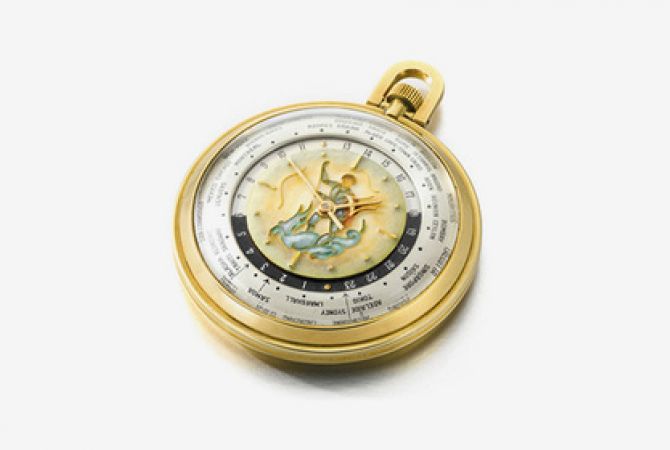 
YEREVAN, SEPTEMBER 23, ARMENPRESS. A pocket watch of former British prime minister Winston Churchill and a symbol of the victory of the Allies in World War II was auctioned on Tuesday in London for 670,000 euro (some $746,000).

“Armenpress” reports, referring to Business Standard, that the watch, which sold for eight times higher than the expected price, is one of four watches given by prominent Swiss citizens to Allied leaders Churchill, Charles de Gaulle, Joseph Stalin and Henry Truman in appreciation of their efforts during World War II.