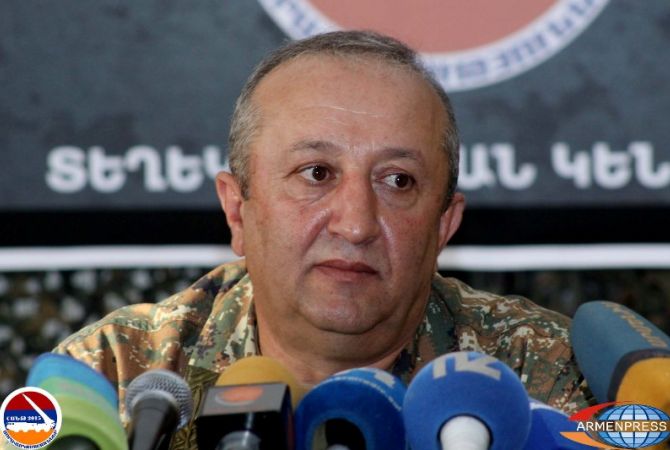 
YEREVAN, SEPTEMBER 5, ARMENPRESS. “Shant-2015” Military Command and Staff Exercises reached their goal and the authorities are pleased with the results. The Deputy Chief of the General Staff of the Armed Forces of the Republic of Armenia, Movses Hakobyan, expressed such a viewpoint. Though the results of the exercises will be briefed later, Movses Hakobyan assures that even the preliminary results are sufficient.

“The exercises served their goal. The aims of the Command Staff are fulfilled. The Ministries included in the exercises express a viewpoint that they checked the level of mobilization readiness, worked quickly, made decisions and took steps to fulfill their tasks. There is an interesting fact: None of the Ministries wants a drawback to be recorded. They want to demonstrate only good job”, Movses Hakobyan said, adding that there are also problems which will be analyzed in detail.

“Remedial plan will be formed based on the results and measures aimed to eliminate the drawbacks will be elabrated”, Movses Hakobyan said.

The nationwide event “Shant 2015” Exercises are aimed at raising the level of state’s immediate preparation for defense, military and state bodies mobilization preparedness in repulsing the act of aggression, rechecking the ability of bringing to high degree of readiness and raising the level of harmony in cooperation and actions.

Taking into account the military and political situation around Armenia, the scenario of the Exercises includes а fictitious rival and the situation is maximally adapted to reality.