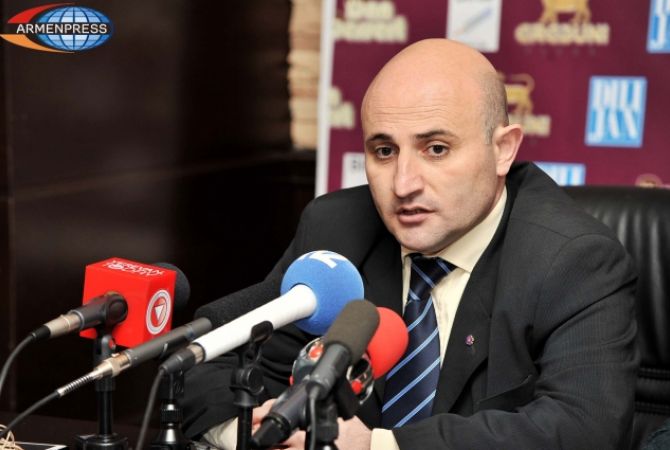 
YEREVAN, AUGUST 27, ARMENPRESS. New marketing steps are being taken year by year to make Armenia more recognizable in the world. “Armenpress” was informed on the abovesaid from the Head of Department of Tourism Development Policy Mekhak Apresyan.

“Different events have been organized to raise the level of awareness about Armenia since 2001. These events are mainly realized due to collaboration between the state and private sector in cooperation with “Fund of Development of Tourism” in Armenia and tourism agencies.”, noted Apresyan.

“There have been films made by different countries, for instance Polish, French, Ukrainian, Argentinean etc. One of the films “Armenia The Land of Noah” was filmed by a famous Spanish “Documentary maker” which is a film production company specialized in documentaries; it was a very high quality film. It has already been acquired and shown by many prestigious international TV channels like Spanish “Television Espanola” and international “TVE international”, “TVE 1” “TVE 2” internal channels.”, said Apresyan adding that the film was also acquired and shown by Scandinavian countries, French “TV 5” and Italian “RAI”.

Apresyan informed that apart from organizing events and shooting films, advertising and informative materials are also being published to make Armenia more recognizable.