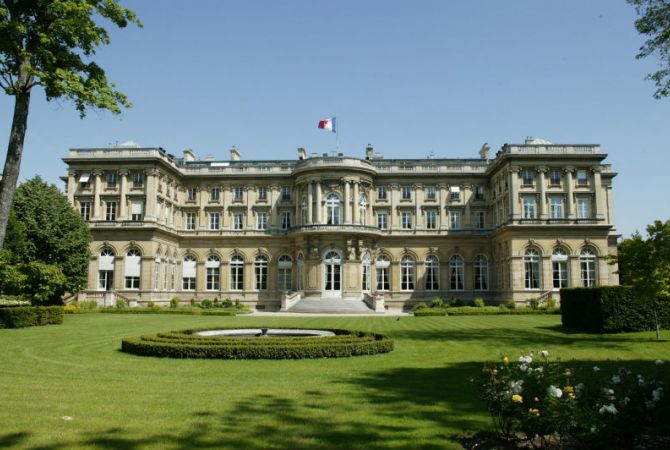 
YEREVAN, AUGUST 14, ARMENPRESS. An international conference on the problems facing Middle Eastern Christians will be convened on September 8 initiated by the Foreign Affairs Ministry of France. The conference will particularly focus on the developments in Syria and Iraq. As “Armenpress” reports citing the French Le Figaro periodic representatives of more than 60 countries, including the USA, Russia, Iraq, Saudi Arabia, Turkey, will participate in the conference. Representatives of international organizations, particularly the UN, will participate as well. Jordan Foreign Minister Nasser Judeh will be the co-chair of the conference together with his French counterpart.

Le Figaro mentions that since the escalation of the conflict in the Middle East the French Foreign Ministry has tried to actively engage in the diplomatic activities in that region, particularly by presenting France as “the patron of the Middle Eastern Christian communities”.

Writing about the problems facing the Middle Eastern Christians the analyst of Le Figaro mentions that the President of France Francois Oland had met with the representatives of the Middle Eastern Christian communities at the Ministry of Interior back in March, but “sharper announcements over that issue were made by Oland during his visit to Armenia in May”. “At that time he called the developments in the Middle East method of elimination and a collaborated initiative which has similarities with the Armenian Genocide conducted one century ago. Already today the Minister of Foreign Affairs Laurent Fabius brings forward a large scale initiative over that same issue”, writes the analyst of Le Figaro.

“Paris plan” is expected to be adopted along the September conference, where the main options of assistance to the Middle Eastern Christians will be outlined.

French periodic Les Echos and Catholic La Croix also responded to the initiative of the Ministry headed by Laurent Fabius.