Stepanakert "Tumo" Center is planned to be launched in September 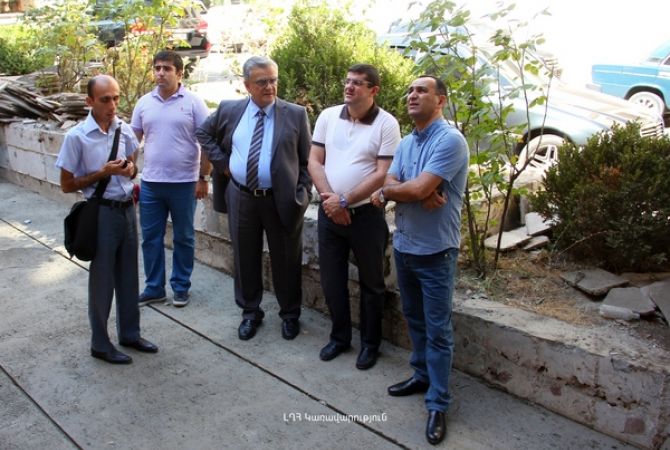 
YEREVAN, AUGUST 13, ARMENPRESS. On August 13, the Prime Minister of Artsakh Arayik Harutyunyan visited “Tumo” center of Stepanakert together with the shareholder of “Karabakh Telecom” Ralph Yirikian to familiarize with the construction works of the center. As “Armenpress” was informed from the Information and Public Relations Division of the NKR Government, the Prime Minister, touring in the rooms of the center, expressed his satisfaction with the works done and gave new assignments to respective officials so as the educational center is ready for use in September.

“Karabakh Telecom” allocated about 150 million drams for the reconstruction of the building and the equipments will provided by the “Armenian General Benevolent Union”. AGBU is also convering operating costs, and the age rage 12 to 18 can attend the Stepanakert “Tumo” center from different parts of Artsakh.