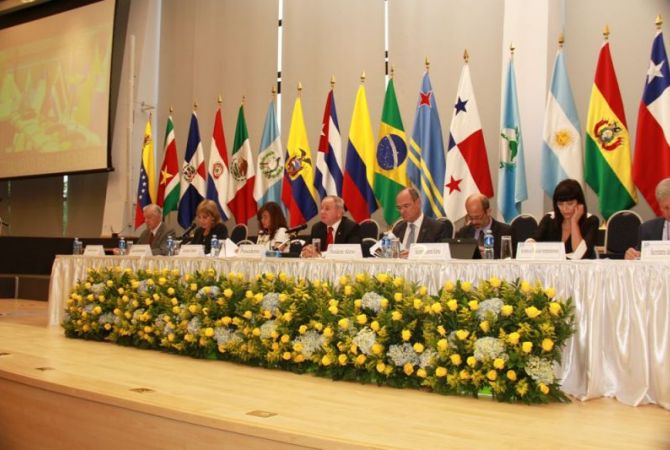 
YEREVAN, AUGUST , ARMENPRESS. The Latin American Parliament (Parlatino) approved on Friday June 31 a resolution recognizing the Armenian Genocide. As reports Armenpress citing PrensaArmenia, the Panama-based body that was created in 1964 with the Declaration of Lima, and is composed by the National Congresses and Legislative Assemblies of all Iberoamerica.

"Among many other topics covered by Executive Board of the Latin American Parliament and the Caribbean Declaration, the recognition of the Armenian Genocide was supported almost unanimously (with one abstention)," wrote National Deputy of Montevideo Alfredo Asti a few minutes later.

"Uruguay was a pioneer in the world in this recognition 50 years ago and today we strongly supported this position." This new recognition of the crime against humanity perpetrated by the Turkish state, adds to the resolutions adopted by Parliaments in South America this year, as was the case of the Chamber of Deputies of Chile, the Federal Senate of Brazil and the State Legislature of Rio de Janeiro.