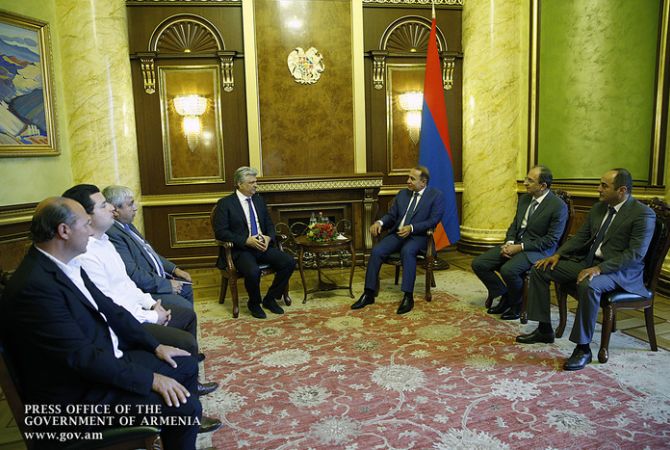 The Prime Minister stressed the importance of “Old Erivan” project realization, which is financed by the Swiss benefactor. Over 150 million USD will be invested to bring the project to life.

Vartan Sirmakes thanked the Prime Minister and emphasized that the priorities defined by the Government of the Republic of Armenia are convincing, hence Armenia has a great future.

The PM Hovik Abrahamyan and Vartan Sirmakes also discussed a range of issues relating to the implementation of investment projects in Armenia and Artsakh.