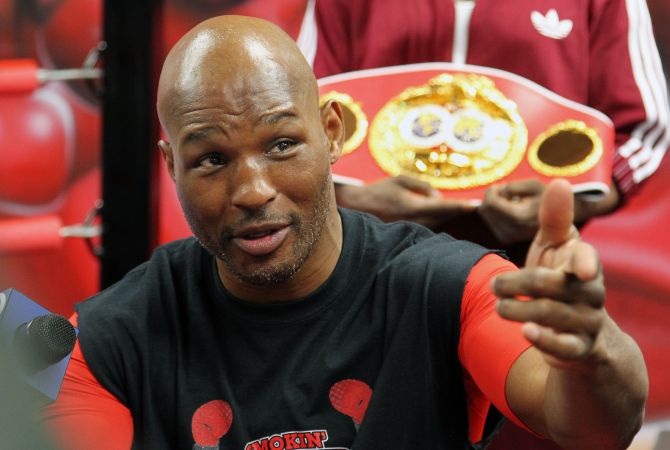 
YEREVAN, JULY 28, ARMENPRESS: Bernard Hopkins has made it very clear that even at the ripe old age of 50 that he’s still like one more fight before calling it a day. And he has someone in mind – Arthur Abraham, the current WBO super middleweight titlist. Armenpress reports that Hopkins, who was last seen losing a 12-round decision to light heavyweight king, Sergey Kovalev, back in November, told BoxingScene.com:

“I’m not retired but I do have an itch that I happened to want to entertain as far as at least a conversation and hopefully it will lead into a fight – and that is with the ’68 (pound) WBO champion. One reason is, yeah, I’m 50 and I know that I’ll have a lot of support from people of age and even the ones who believe that it can be one. The President of the WBO Paco Valcarcel also believes it’s a fight worth entertaining and trying to see if possibly it can happen”.