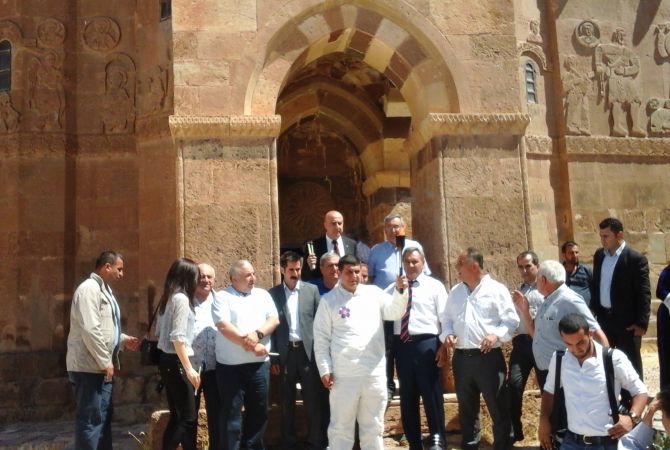 
YEREVAN, JULY 16, ARMENPRESS. The delegation of World Committee of pan-Armenian games headed by WCPAG President Ishkhan Zakaryan was in the Western Armenia from July 8-13.  The Mayor of the ancient Armenian capital Van, Bekir Kaya met them saying “Welcome to your home, welcome to your lands”. As “Armenpress” was informed from the press services of the World Committee of pan-Armenian games, during the official reception at the city Municipality the President of the World Committee of pan-Armenian games detailed the history of the sport games, its past, mentioning that one of the uniqueness of the game is the arrival of unprecedentedly big delegation, comprised of about 730 people, to Armenia from Sasun, Mush, Tigranakert, Vagph, Bitlis, Dersim, Malatia, Van, Samatia and Istambul cities.

Ishkhan Zakaryan also informed that three torches will be lit for Artsakh, Diaspora and motherland symbolizing the unity of the world-spread Armenians. The first two torches are already lit and the third torch is intended to be lit at the Holy Cross Church of Akhtamar built in the 10th century.