Armenia’s courts to realize jurisdiction on murder case of Avetisyans 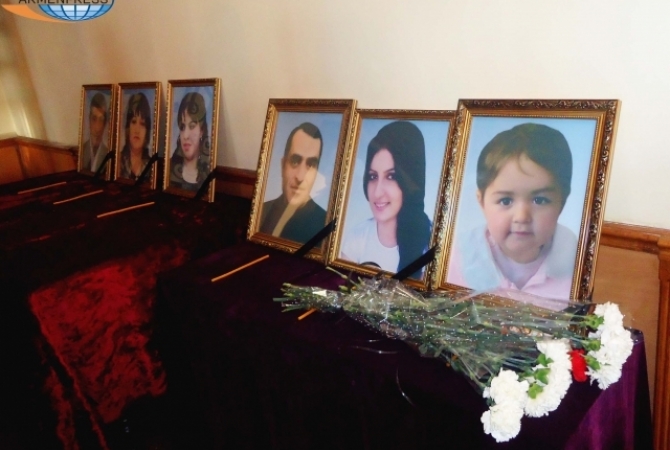 
YEREVAN, JUNE 30, ARMENPRESS. The case on the murder of the Avetisyans, filed by the Russian law enforcement bodies, will be handed over to the Investigative Committee of the Republic of Armenia after resolving some procedural matters.

In response to Armenpress’ written inquiry, it was informed from Armenia’s Prosecutor General's Office: “It is impossible to mention precise periods at this moment, but it is distinct that the Armenian law enforcement bodies will investigate the murder case, jurisdiction will be realized in the courts of the Republic of Armenia, the verdict will be made on behalf of the Republic of Armenia.”