IT field is one of the main areas in the government’s plan: Armenian PM | ARMENPRESS Armenian News Agency

IT field is one of the main areas in the government’s plan: Armenian PM 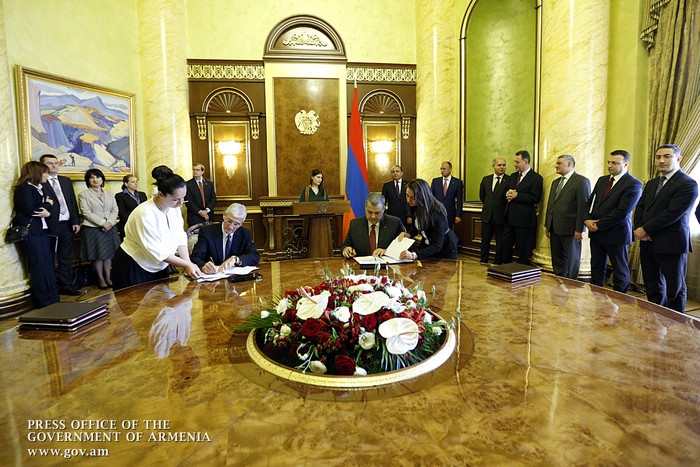 
YEREVAN, 26 MAY, ARMENPRESS. In the presence of Prime Minister Hovik Abrahamyan, the Government of the Republic of Armenia and Microsoft signed agreements on long-term cooperation in the development of information technologies, protection of intellectual property rights, data security, as well as education and innovation.

We attach great importance to the implementation of prospective programs for the development of the field of technology by the principle of close collaboration between the public and private sectors. We praise our cooperation with Microsoft, which began in 2007 with the signing of a memorandum of cooperation in the field of information technology.

The Microsoft Innovation Center, which was established in Armenia with the support of Microsoft and was recognized as one of the world’s top four Microsoft innovation centers in 2012, ensures the smooth transfer of knowledge through training courses, practical seminars, as well as the provision of logistics support to small and medium information technology enterprises. We especially attach importance to the establishment of the Microsoft Information Technologies Academy at Polytechnic University of Armenia.

The signing of agreements on cooperation with Microsoft will further contribute to the strengthening of the mutually beneficial cooperation and will help increase the rating of Armenia as a country offering innovative technological solutions and protecting the rights of intellectual property in the region.

The Prime Minister’s speech was followed by speeches by President of Microsoft Central and Eastern Europe Don Grantham and U.S. Ambassador Extraordinary and Plenipotentiary to the Republic of Armenia Richard Mills. Don Grantham mentioned that it was a great honor for him to attend such a historic event in the history of relations between the Republic of Armenia and Microsoft. “Microsoft signed its first cooperation agreement in Scotland. The founding President of Microsoft Bill Gates participated in the signing ceremony. That was when we opened our office in Armenia, and then President of Microsoft Central and Eastern Europe Vahe Torosyan was attending the opening ceremony. In 2011, we opened the first Microsoft Innovation Center within the framework of the cooperation agreement. Today, the Microsoft Innovation Center is one of the world’s most influential and efficient centers.”