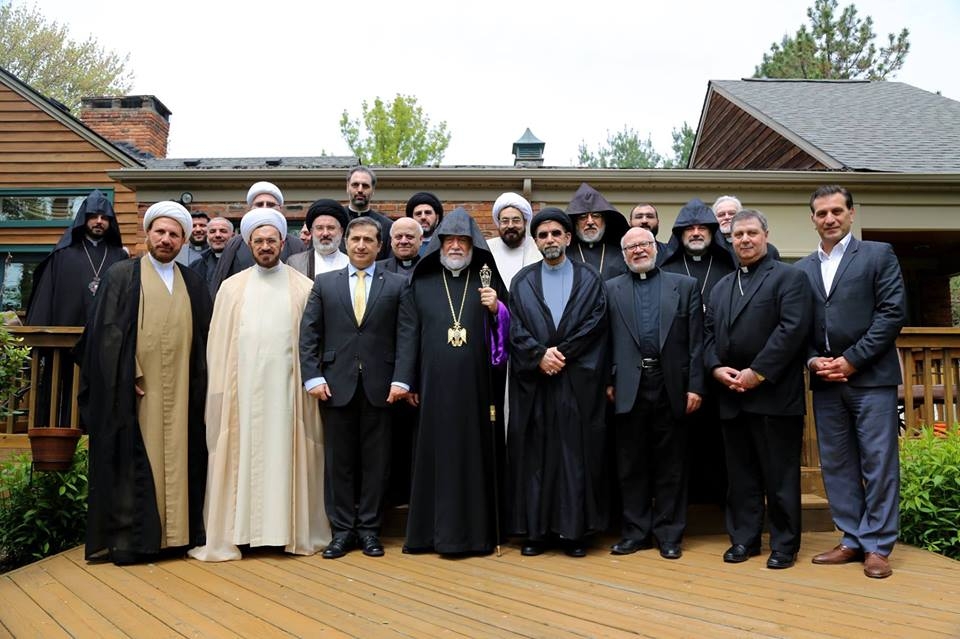 
YEREVAN, 22 MAY, ARMENPRESS. On 21 May, headed by Aram I Catholicos, a meeting was held between Christian and Muslim clergymen in Detroit. “Armenpress” was informed about this from the official website of the Catholicosate of Cilicia.  The meeting was initiated by the Lebanese Consul Bilal Kabalan. 20 senior clerics attended the meeting.

The Consul welcomed the visit of His Holiness in Detroit. Kabalan noted that His Holiness not only has an important role in Lebanon and the Middle East, but also at the international level. The Consul referred to the contribution of Aram I to the Christian-Muslim dialogue.

In his speech, His Holiness touched upon Lebanon, stating that Lebanon is a country of co-existence of different communities. Speaking about the Armenian Genocide, he emphasized that the religious factor had no role in the Armenian Genocide, recalling that the Armenians and Muslims had co-existed since the 7th century. He also underscored the importance of cooperation of the Christian religion against extremist movements in the new era. Then the clergymen have expressed their views and concerns, in particular, on the developments in Middle East in recent years.