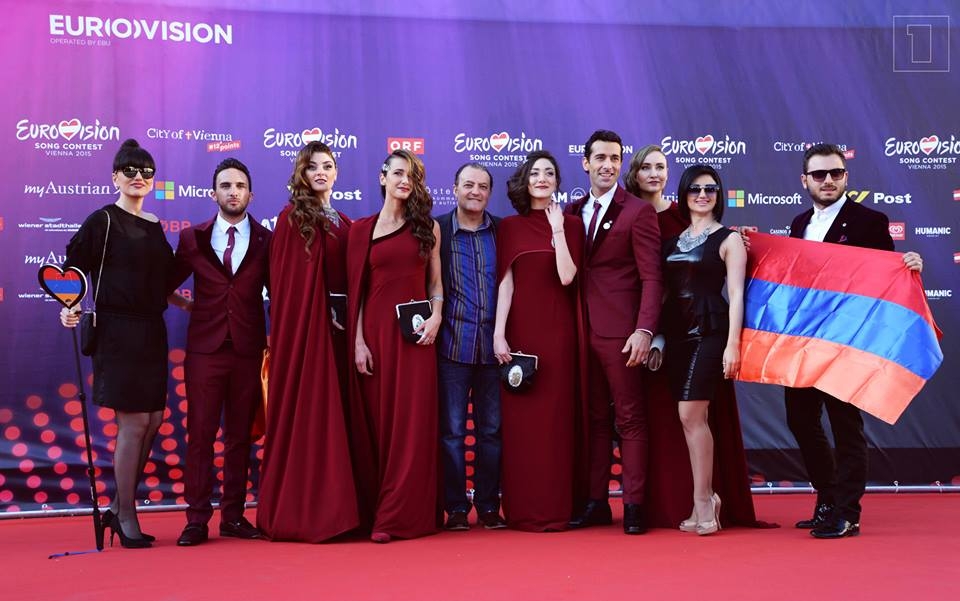 
YEREVAN, 18 MAY, ARMENPRESS. The members of the Genealogy group representing Armenia at the 2015 Eurovision Song Contest appeared in clothes in the color of pomegranate at the official opening ceremony of the song contest. As the Department of Public Relations of the First Channel reports to “Armenpress”, during the red carpet ceremony, the members of Genealogy wore jewels in the form of the branches of leaves, symbolizing the branches and leaves of the tree that is the symbol of the Genealogy group. The Armenian representatives’ appearance sparked great attention of the guests.

The official opening ceremony of the 2015 Eurovision Song Contest was held in Vienna on May 17. The representatives of all 40 participating countries walked on the red carpet, met each other, greeted their fans and gave interviews to various presses.