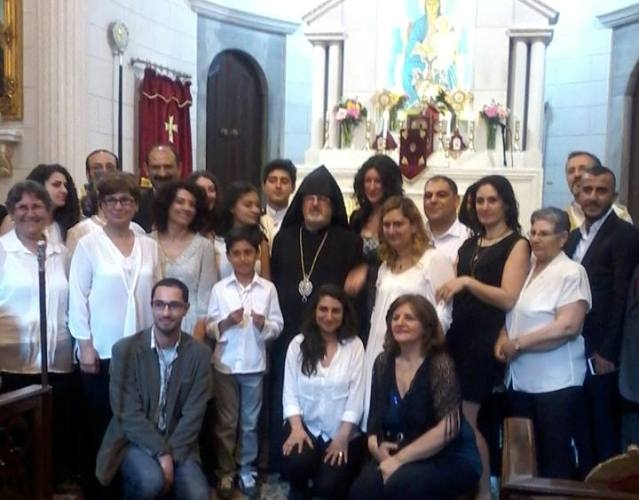 
YEREVAN, 13 MAY, ARMENPRESS. 17 Dersim-Armenians take the step of returning to their Armenian identity, so that they were baptized in the Armenian Church of Istanbul-Yeşilköy and adopted the Christianity. The Patriarchal Vicar of Constantinople His Grace Archbishop Aram Ateshian presided over the baptismal ceremony.

The Founder and former President of the Union of Dersim-Armenians Miran Prkich in a talk with “Armenpress” stated that along with the marriage baptismal ceremony, two couples married at the church. He said that the Dersim-Armenians passed courses of 6 month before the baptism, which were prepared by the Armenian Patriarchate of Constantinople. "As in the other matters, in this case also we will be more progressive and introduce quickly our own nation to the Dersim-Armenians," Prkich highlighted.