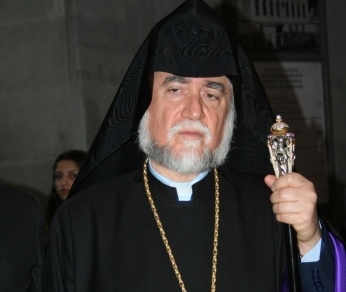 
YEREVAN, 5 MAY, ARMENPRESS. His Holiness Aram I received Serbia’s Ambassador to Lebanon Alexander Restich at his residence, as posted on the official website of the Holy See of Cilicia, as “Armenpress” reports. The Serbian Ambassador visited His Holiness to express his support to the Armenian people on the occasion of the Centennial of the Armenian Genocide. During the meeting, the sides discussed the situation in the Middle East and the Serbian-Armenian relations.

His Holiness welcomed the willingness to enhance the relations between Serbia and Armenia and emphasized the cooperation between the two nations in solving human rights issues for the establishment of justice.