Armenia’s PM has telephone conversation with Prime Minister of Georgia 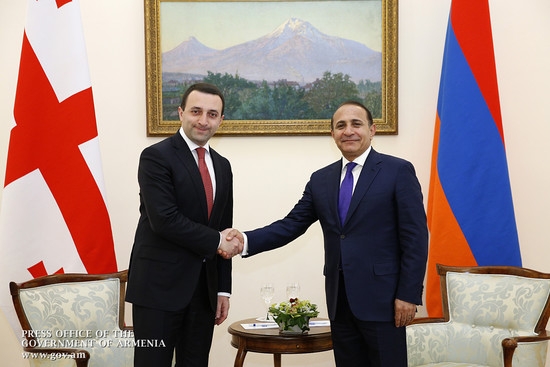 
YEREVAN, 5 MAY, ARMENPRESS. The Prime Minister of the Republic of Armenia Hovik Abrahamyan had a telephone conversation with Georgian Prime Minister Irakli Garibashvili. As “Armenpress” reports, the Prime Ministers of both countries discussed the practical issues; the both sides reaffirmed the good neighborly character of relations.

They also touched upon the meeting of private character of Galust Sahakyan and Anatoly Bibilov in Nagorno-Karabakh, about which the National Assembly Press Service has spread comments.