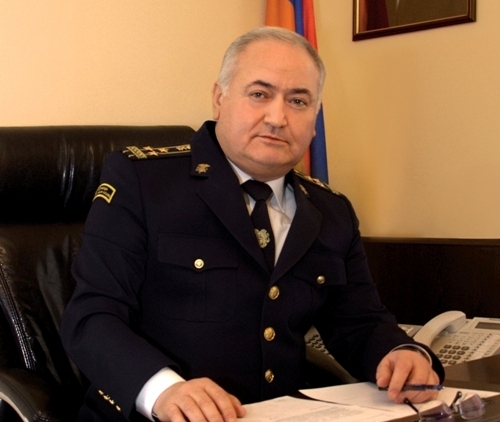 
YEREVAN, 29 APRIL, ARMENPRESS. Armenia will have new checkpoints in 2016. Armenia's north gate of the customs modernization program was launched from the Bagratashen customs point, which functions within the Gugark regional customs house. Here, a new checkpoint in the construction work actually started in August 2013. As "Armenpress" was informed by the Department Press and Public Relations of the Ministry of Finance of the Republic of Armenia, now there is a fierce whirl in the construction site. According to the Head of Gugark regional customs house of the Ministry of Finance Samuel Safaryan, the builders implement step by step the project of Bagratashen’s future checkpoint.

"4 ways will be built for entrance and exit in Bagratashen checkpoint, in other words, two of them are for trucks and passenger vehicles in each direction. As result of all this, we will be able to avoid from the queues and crowds, the service will be carried out with high level and accuracy,” Samuel Safaryan has noted.

10:21, 06.21.2021
Viewed 1075 times Pashinyan announces how many seats his Civil Contract party will have in newly-elected parliament