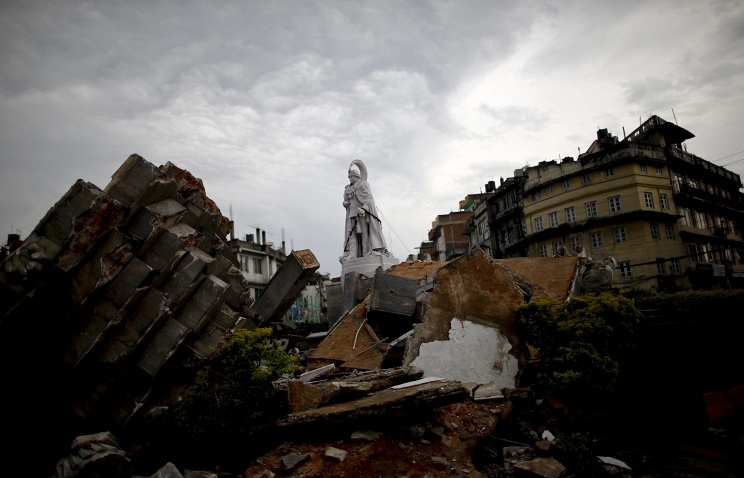 YEREVAN, APRIL 27, ARMNEPRESS: In response to severe devastation caused by the 7.8 magnitude earthquake and many strong aftershocks that have hit Nepal since 25 April, the United Nations Emergency Relief Coordinator today released $15 million through the Central Emergency Response Fund (CERF) to enable humanitarian aid organizations to rapidly scale up operations and provide immediate assistance to people in desperate need, Armenpress reports, citing the official UN website.
“With the death toll rising and millions of people affected, it's a race against time as humanitarian agencies work around the clock to reach people and communities,” said Valerie Amos, who is also Under-Secretary-General for Humanitarian Affairs. “This allocation from CERF means that critical life-saving work can be scaled up immediately.”
A statement released by the Spokesperson for the UN Office for the Coordination of Humanitarian Affairs said that the funding, which would not be possible without the generous support of CERF's donors, will enable recipient humanitarian agencies working with partners to prioritize the most immediate needs, including logistics, shelter, water and health.
It is estimated that more than 3,300 people have been killed and over 6,000 injured in Nepal and neighboring countries since the earthquake hit on Saturday and aid workers expect those numbers to rise as they access remote areas closer to the quake's epicenter.
With a total of 39 districts affected by the earthquake, eight million people have been affected, including two million in the 11 most severely affected districts.
More information on the $15 million funding injection will become available in the coming days, the OCHA statement said, adding that the money will boost immediate assistance to people in need. Additional resources will be vital to supporting and sustaining aid efforts in the coming months.
Among resources already arriving in Nepal, a Spokesperson for the Office of the United Nations High Commission for Refugees announced today that an airlift relief supplies will arrive in Kathmandu today from their warehouse in Dubai, supplementing aid already deployed.
Speaking to journalists in Geneva, the Spokesperson said shelter materials are among the most urgently needed relief supplies, with many people living in makeshift camps and open areas amid rain, because of damage to their homes or because they are too scared to return as aftershocks continue.
“UNHCR has emptied our warehouse in eastern Nepal and sent five trucks carrying plastic sheets and solar lamps for over 40,000 quake survivors in three districts east of Kathmandu,” said the Spokesperson. “This morning our staff handed over some items to local authorities in Sindhuli, where at least nine people were killed and some 5,000 homes destroyed in the disaster. Our team is proceeding north-east towards Ramechhap. The road has been blocked by a landslide and we have arranged to transfer the items to other vehicles mid-way. Other aid trucks are on their way to Okhaldunga in a neighboring zone.”
The Head of the UN Office for Disaster Risk Reduction, Margareta Wahlström, today expressed her condolences to the government and people of Nepal after the earthquake that struck on Saturday.
“This tragedy underlines the importance of the work of the Government and the Nepal Risk Reduction Consortium launched on International Day for Disaster Reduction in 2009,” said Ms. Wahlström. “There was great awareness throughout the country that a disaster of this magnitude was imminent and retrofitted hospitals have been able to withstand the impact of the earthquake.”
She said Nepal had raised the issue of a major earthquake at last month's World Conference on Disaster Risk Reduction in Japan where countries adopted the Sendai Framework for Disaster Risk Reduction which outlines the priorities for reducing disaster risk over the next 15 years.
“When the rehabilitation and reconstruction phase gets underway it will be an opportunity to build back better and make the country more resilient to disasters,” she said. “Earthquakes claim more lives than any other disaster type and this tragedy underlines the importance of implementing the guidelines on land use and building codes laid out in the Sendai Framework and its predecessor, the Hyogo Framework for Action.”