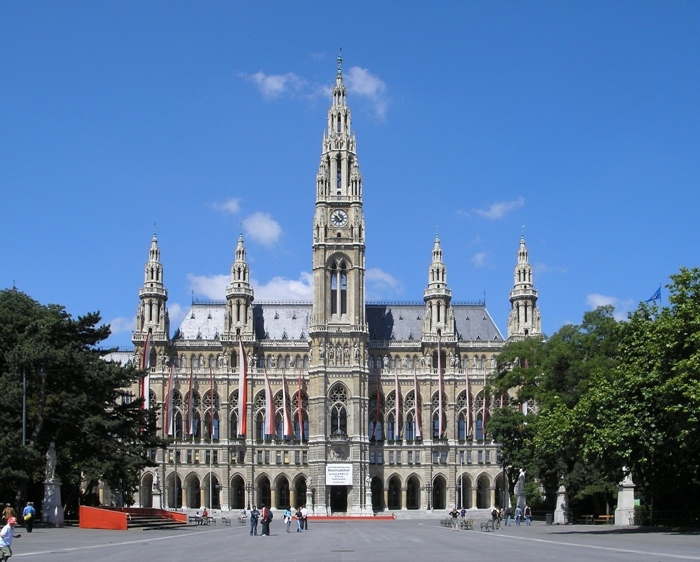 
YEREVAN, APRIL 28, ARMENPRESS. Following the joint statement adopted by the Austrian Parliament on April 28, the community council of Vienna adopted a similar statement on the recognition and condemnation of the Armenian Genocide in Ottoman Empire on April 24. The Press, Information, and Public Relations Department of the Ministry of Foreign Affairs of the Republic of Armenia informed “Armenpress” that the decision particularly runs as follows:

“April 24 marks the 100th anniversary of the genocide committed by the Ottoman Empire against 1.5 million Armenians. On this occasion, we respect the memory of the victims of violence, slaughter and deportation, as well as the tens of thousands Ottoman nationals of other groups of Christian peoples, including the Arameans, Assyrians, Chaldeans and Pontic Greeks.”

The statement clearly defines that the massacre of Armenians in 1915 was a genocide and calls on Turkey to face with its history and recognize the Armenian Genocide. Austria admits its responsibility in the regard of the alliance between the Ottoman Empire and Austria-Hungary during the World War I.

The fact of the Armenian Genocide by the Ottoman government has been documented, recognized, and affirmed in the form of media and eyewitness reports, laws, resolutions, and statements by many states and international organizations. The complete catalogue of all documents categorizing the 1915 wholesale massacre of the Armenian population in Ottoman Empire as a premeditated and thoroughly executed act of genocide, is extensive. Uruguay was the first country to officially recognize the Armenian Genocide in 1965. The massacres of the Armenian people were officially condemned and recognized as genocide in accordance with the international law by France, Germany, Italy, Belgium, Netherlands, Switzerland, Sweden, Russia, Poland, Lithuania, Greece, Slovakia, Cyprus, Lebanon, Uruguay, Argentina, Venezuela, Chile, Canada, Vatican, Australia and Bolivia.