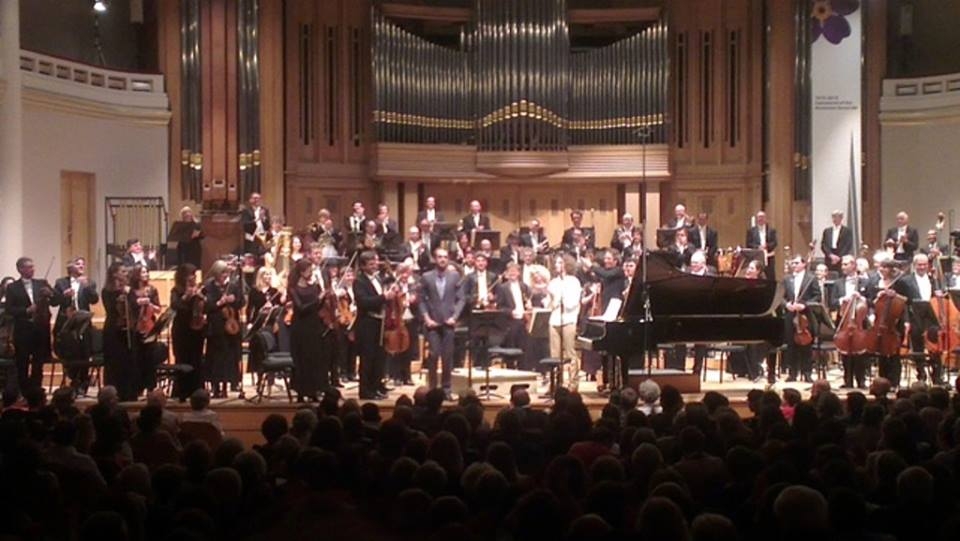 
YEREVAN, 28 APRIL, ARMENPRESS. On April 26, the National Orchestra of Belgium gave a concert dedicated to the Centennial of the Armenian Genocide at the famous Chamber of Arts of Belgium. The concert was organized by the Chamber of Arts of Belgium, the organizers of the “For You, Armenia!” Festival and representatives of the Embassy of the Republic of Armenia in Belgium. As the Department of Press, Information and Public Relations of the Ministry of Foreign Affairs of the Republic of Armenia reports to “Armenpress”, among those attending the concert were Belgian Minister of Culture Joëlle Milquet, Deputy Minister of Culture of the Republic of Armenia Arev Samuelyan, representatives of Belgium’s state authorities and EU structures, Ambassadors, leaders and members of local Armenian community organizations, wide circles of Belgian society and nearly 2,500 mass media representatives.

In the beginning, by the suggestion of Armenia’s Ambassador to Belgium, Head of the Armenian Mission to the European Union Tatul Margaryan, the attendees respected the memory of the victims of the Armenian Genocide with a moment of silence. In his speech, the Ambassador underscored the imperative of preserving and enriching culture and the importance of the development of cultural dialogue in the victory of civilization over evil.

During the concert that Belgian presses referred to as one of the major cultural events of the year, the orchestra was conducted by famous conductor George Pehlivanian and performed the songs of Komitas, Aram Khachaturian, Pyotr Tchaikovsky, Max Bruch, Alexander Harutyunyan and young Armenian composer Alexander Iradyan.