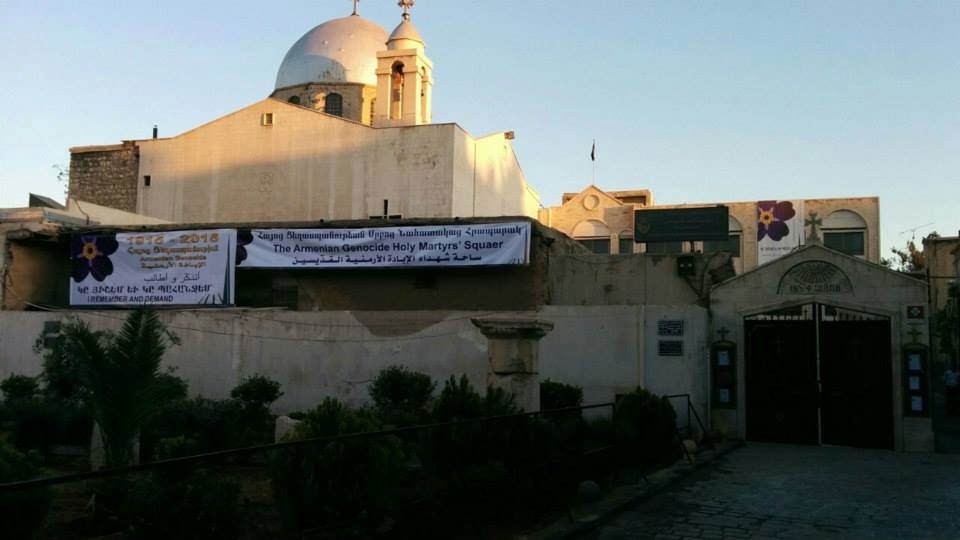 
YEREVAN, 27 APRIL, ARMENPRESS.  On April 26, a cornerstone was erected in Damascus devoted to the memory of the Armenian Genocide victims. Syrian-Armenian Nazareth Elmachian informed “Armenpress” about this, adding that the monument will be erected in the Christian quarter Bab Shark. The Primate of the Armenian Diocese of Damascus His Grace Bishop Armash Nalbandian, Extraordinary and Plenipotentiary Ambassador of Armenia to Syria Arshak Poladian, the Mayor of Damascus, two MPs of the Syrian Government attended the ceremony.

Previously it was reported that on the eve of the 100th anniversary of Armenian Genocide, the Damascus municipality has adopted a decision to call one of the squares of Damascus "Holy Martyrs of Armenian Genocide”. Nazareth Elmachian informed “Armenpress”, that the square is located in Old Damascus at the Christian quarter of Bab Tuma, near St. Sarkis Armenian Apostolic Church.

A signboard of square is spread on the internet, next to which another signboard is posted noting that the Armenian Genocide is the first genocide of the modern history, perpetrated by the Turks during and after the World War I and the number of victims exceeds over 1.5 million. It is considered that a silent candlelight demonstration will be held from Bab Tuma to Bab Sharki quarter by participation of Damascus-Armenians.