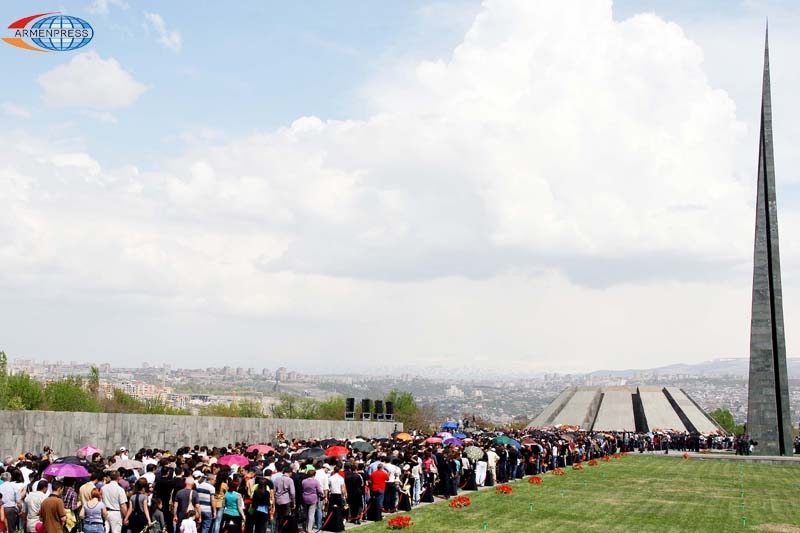 
YEREVAN, 24 APRIL, ARMENPRES. The commemorative ceremony is held by “I remember and I demand” call in the Armenia’s capital Yerevan at the hill of the Genocide Memorial Tsitsernakabert.

Official delegations from 60 countries have arrived in Armenia, 4 of them at the presidential level. The Russian President Vladimir Putin, French President Francois Hollande, Serbian President Tomislav Nikolic, President of Cyprus Nikos Anastasiadis, heads of a number of parliaments have expressed the intention stand by the Armenian people in Yerevan.